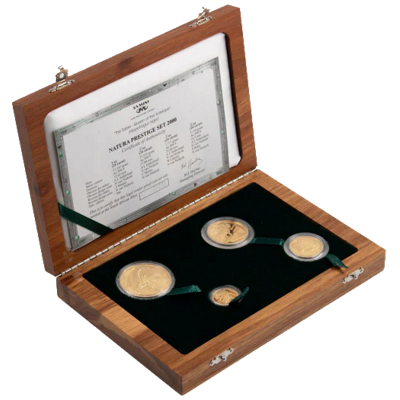 The Natura Prestige Set consists of four 24 carat gold coins (1 oz, 1/2 oz, 1/4 oz and 1/10 oz) packaged together in a box made from either “Kiaat” or “Imbuya” wood. In addition, each set has a plaque featuring the name “Natura Prestige Set” as well as the year “2000” and the individual number of the set. Each set issued has an individually numbered Certificate of Authenticity.

The Natura theme is a very special series and was first minted by the South African mint in 1994. The legal tender Natura series was South Africa’s first 24-carat (Au 999.9) gold coin series. This series became very popular over the years and sought after by both investors and collectors worldwide and received numerous international awards.  Every year the South African Mint releases this great collector’s item and it's always a well-kept secret.

The Natura Prestige Sable 4 coin set is the second in the set of the incredible “Monarchs or Africa” 3 set series minted from 1999 to 2001. The Sable is also known as the “Swartwitpens” and is considered to be the queen of the antelope. The obverse of each coin depicts the nature of the queen of antelopes. The reverse of each coin has a silhouette of the Sable. With only 700 sets minted at the turn of the century, this set is a must-have for any Natura collector. 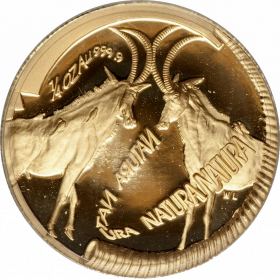 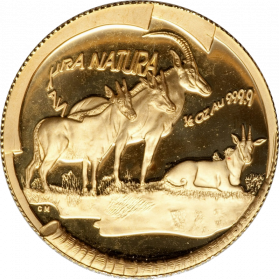 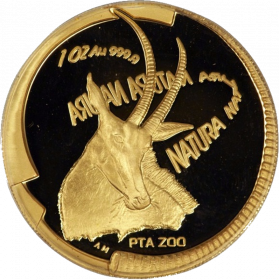