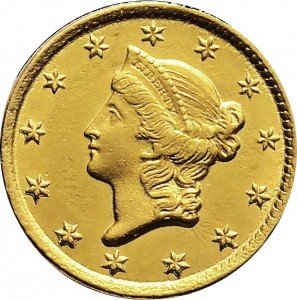 Coin collecting or numismatics is a hobby as old as time. As a hobby, it has been around for more than 2,500 years. This is surprising since the use of coins has been around for pretty much that same amount of time too. Man has always had a fixation for small, round, shiny things. And throughout the ages, coin collectors have always been on the prowl for the oldest, rarest, most attractive coins around.

Numismatics comes from the Greek word nomisma, meaning 'currency,' or coin. It is also related to the study of banknotes, tokens, and other early forms of money.

Coins and other forms of money are issued by governments and other monetary agencies. Billions of these flood the market yearly. But as time goes by, the number of these coins go down. Some get lost and some are damaged beyond recognition.

This goes to show that the older the coin, the rarer it must be. And for coin collectors, this is prime stuff.

Coin collectors and hobbyists number millions around the world. This hobby is taken so seriously that there are even professional dealers and investors who ply their trade in this fashion.

The lure of coins lies in their power to draw people into the era they belonged to. These coins show many aspects of everyday life during those times. By examining a coin, one comes to know the geography, philosophy, sociology, artistry and other aspects of the culture they existed in.

Ancient kings (and even today's leaders) had a telling habit of having their faces imprinted on their currency. Some historians have been able to put together clues regarding the ancient civilizations using these coins. Sometimes, coins would tell of a leader or prominent figure that would have been forgotten by time if it were not for these coins.

Hobbyists usually start collecting coins from their own locality. This makes sense because they are the easiest to collect. These hobbyists then expand their collection to coins from increasingly farther and earlier origins.

Coin collectors regard every single coin as a unique specimen. They take note of the date, the mint marks, and even the abnormalities in its design. Ironically, some of the most expensive coins are those with the strangest abnormalities. This is because this type of coin is hard to come by.

For example, there could be a coin in existence that differs from other coins in its batch. For some unknown reason, it lacks some of the required markings. Such coins are deemed more valuable than the normal coins of their type.

The price of a coin is determined by the demand for this coin. Many factors affect this demand. If a coin is rare, chances are, it is in great demand. However, some coins are rare, or exotic, yet the demand for them remains low. If this is the case, then its market value will remain at the low end.

Before purchasing coins, one must do much research about that coin. He must assess its current market value and make sure that the coin is genuine. He should also consider how much he could earn if he resells the coin.

The American Numismatic Association is the largest numismatic organization in the world. It was founded in 1891 and was chartered by the Congress of the United States 21 years later. This group has the largest library of coins available. Collectors would love to visit their headquarters, the World Money Museum, which is one of the largest coin museums in the world.

Another organization, the American Numismatic Society, is the most active and respected non-profit numismatic publisher in the world. They maintain a museum that contains more than a million objects. They also have a library that has one of the most comprehensive in coin collecting knowledge.

Whether you are a hobbyist or a serious collector, coin collecting will always bring a sense of fulfilment and history to your life. It is never too late to start collecting today. You can't lose! Your collection can only grow in value as time passes by!