Rare Coins May Be Hiding In Your Pocket 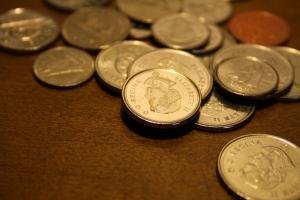 When talking about coin collecting, rare coins are some of the first things to spring to mind. After all, coin collecting is often considered to be an investment and rare coins are the most valuable coins out there. They are highly sought after and coveted and, because they are in so much demand, they tend to be worth a great deal. However, because they are worth a great deal, they tend to be much more in demand, which increases their value. So if you want to look into rare coins, remember that you have some heavy competition.

One of the best places to find rare coins is, of course, in your pockets. No, you are not going to find any coins that are worth thousands. But you can find an occasional needle in the haystack that will be worth much more than you might expect. This is because there are a lot of coins in circulation and some rare coins just float along and get lost in the shuffle because nobody bothered to see what was in their hands. However, as a coin collector, you should take a look at the change that passes into your hands so that you can be sure to catch the occasionally unusual coin that comes your way. Of course, it is difficult to keep your eyes out all the time for that coin that slips through the cracks for years on end, but the rewards are well worth the effort of checking your change routinely.

To ensure that you find the rare coins that pass your way, you need to be well informed. This means that you need to do your research so that you know what to look for. You could have fistfuls of rare coins in your hands, but they are only worth something if you notice that they are rare. So you should keep on top of coin collecting and have the research handy when you look through your change for rare coins. Plus, by doing the research now, you can avoid kicking yourself later for overlooking a rare coin that was right in the palm of your hand.

Though your own pockets may hold a good supply of rare coins, a more reliable place to hunt for rare coins is at your local coin dealer or online. The coin dealer is often superior in this instance, as you will be able to look at the coins directly, rather than relying on photography and description to figure out if the rare coin you desire is the one you are attempting to buy. However, there are reputable coin dealers on the Internet and they have excellent selections of rare coins. But do your research before you buy so that you know the person you are dealing with can be trusted.

Rare coins are not only good investments, they can be fun too. After all, having something unusual that everyone else wants is rather enjoyable on its own. Not only does it provide you with a sense of satisfaction for having found something others overlooked, but it also gives you the chance to take some pride in your own process of discovery. And, with coin collecting, the fun is not only in having a good collection, but it is also in building it. So get to building an excellent collection by including some rare coins.