What Kind Of Coin Collector Are You? 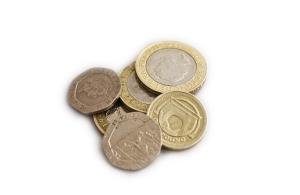 Every advanced coin collector is a unique coin collector. Some are dedicated generalists looking for a few examples of all kinds of coins. If they do have enough resources, this can result in an astounding collection, like that of King Farouk of Egypt, who collected everything he could get his hands on.

Many coin collectors are completists who want an example of everything within a certain set. For instance, Louis Eliasberg was the only coin collector thus far to assemble a complete set of known coins of the United States. Other coin collectors focus on coins of a certain nation or historic period. And some collect coins from various nations or settle on error coins or exonumia like tokens and medals. As you can see, it can vary a lot.

At the highest levels of coin collecting, it is a highly competitive sport. It can lead to astronomical prices as enthusiastic collectors struggle for the very best examples of each date and mintmark combination.

Coin collectors of ancient and medieval coins are more interested in historical significance than other coin collectors. The coins of Byzantine, Roman, Indian, Greek, Celtic, Merovingian, Parthian, Ostrogothic and ancient Israelite origin are among the most popular ancient coins collected. Specialities tend to vary a lot, but the common approach is collecting coins minted during a particular emperor’s time in power. A completist would for example strive for a representative coin from each emperor.

Usually, coin collectors of national coins specialize in the coins of their own country. A common way to collect national coins includes collecting one of every date and mintmark for a particular series. This is termed collecting by type. For instance, a date set in Britain may include one Queen Victoria large penny for each year, 1837-1901. In another example, a U.S. type set might include an example of each variety of each denomination produced. Most coin collectors of national coins create unique combinations of date, mintmark and typesets.

World coins are usually inexpensive and maybe a good starting point for children. Most children find foreign coins by looking under change-to-cash machines, where customers throw away assorted coins found in their penny jars. It is possible to find coins from all over the world, ranging from Canada to South Africa, to Korea.