Coin Collecting Opens The Door To The Past 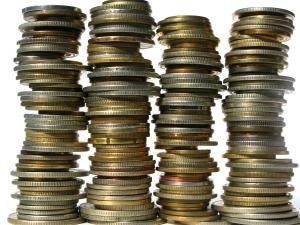 Coin collecting or numismatics is probably one of the most popular hobbies in the world and also one of the oldest. Many individuals at some point in time have collected coins. If you want to start a coin collection, a lot of research and study should be devoted to the hobby of coin collecting.

Coins have often been regarded as ‘mirrors of history’. Other than the monetary value and worth of antique coins, they also possess historical value. Coins belonging to different ages have different stories to tell of empires and emperors.

As with any other hobby, the coin collection market is flooded with fakes and if you are not an expert in this field it is very difficult to separate the original genuine coins from the counterfeit coins. Before buying expensive coins it is a good idea to get the coin authenticated by reputable coin grading and coin authentication services. The condition of a coin is denoted by a coin grade. For a detailed study on coin grades, read Photograde by James Ruddy. Currently, the more reputable coin grading services are Professional Coin Grading Service, Numismatic Guarantee Corporation of America, ANACS and Independent Coin Grading Co.

The best places to buy coins are reputable coin dealers, auctions, coin shows or from other collectors, though you should avoid buying from the internet as it is hard to judge online whether the coin you are interested in is genuine or counterfeit. Coins may be stored in coin cases, coin trays and coin albums. However, you should avoid storing coins in jars, as keeping them in a jar may scratch the coins.

Amateur coin collectors may mistakenly think that cleaning coins are an important part of caring for the coin collection. However, the opposite is true; coins shouldn't be cleaned at all. Collectors prefer the original look of coins and cleaning coins may bring down their value. If your coins need any cleaning, you should first consult a professional or an expert. Olive oil or soapy water may be used for cleaning coins. Harsh cloths should never be used to clean, and tap water is a strict no-no as they contain minerals that may harm the coins.