The first known coins were minted in the mid-seventh century B.C. Coins revolutionized the conduct of commerce.

Alexander the Great introduced a regulated and universal coinage throughout his empire. Coins were typically engraved with the likenesses of rulers and deities, providing a historical snapshot. Coin collecting started in Renaissance Europe. 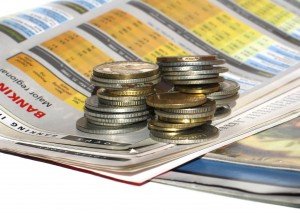 Europeans collected Greek and Roman coinage. The United States minted its first gold coin in 1795. From then until 1933, U.S. mints produced Wealthy hundreds of styles and denominations of gold, silver and other coins. Dazzling pieces of artistry and history, collectable rare coins and bullion are among the most prudent additions to any quality investment portfolio.

A collection of coins and bullion could add value and stability to a portfolio. Investing a percentage of a diversified portfolio in gold, silver and platinum could act as a hedge against inflation. Gold can be viewed as an alternative asset class. Tangible assets are usually not as susceptible to the same market pressures as stocks and bonds. Typically, gold is not correlated to either the stock or bond markets.

Gold often trades inversely to the U.S. dollar, making it a useful hedge in times of dollar depreciation. The gold supply is limited - all the gold ever mined would fit into a storage room about 55 feet long, 55 feet tall and 55 feet wide.

Bullion is a term for coins, ingots, private issue, and so on that trade below, at, or slightly above their intrinsic metal value. Only the precious metals (gold, silver, platinum, and palladium) are included as bullion. A bullion coin is a legal tender coin that trades at a slight premium to its melt value.

Set building is the practice of collecting a complete series of coins representing all the different designs of a certain U.S. coin, for instance. It provides a systematic path for the collector.

Investors have frequently found that a carefully assembled set of coins is worth substantially more than the total of its individual pieces. Well-compiled sets have also tended to be more liquid than comparable accumulations of random coins. It can provide an exciting historical treasure hunt, as well as an investment instrument.

The set building provides the investor with the opportunity to define objectives and formulate a strategy. A set building can be a life-long adventure. Sets can be collected by type (which can be any particular design or denomination), series (all dates and mints struck of a denomination) or design type, commemorative issues, and more.

A key date coin is generally considered to be the most important coin in a particular series, usually the lowest-mintage and/or the most expensive. Rarity is based on the number of specimens extant of any particular numismatic item.

For protection, investors and collectors should only buy rare U.S. coins that have been graded and certified by the three leading independent coin-grading firms: professional Coin Grading Service (PCGS), numismatic Guaranty Corporation (NGC), independent Coin Grading Company (ICG). These organizations are recognized industry-wide for their accuracy, objectivity and high standards.

These services help to make the market in numismatic coins safer and more liquid. When a coin is graded, it is immediately encased in a tamper-resistant slab and sealed with its certification number and grade displayed.