Coin collections are getting more and more popular these days. A lot of people are already into collecting coins. You see, this hobby is interesting and can be considered an excellent pastime. If you want to start your very own coin collection and you have no idea where to begin, you should check out the State Quarters. 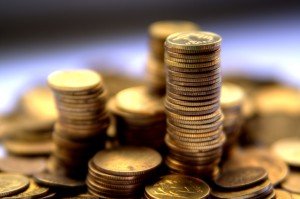 What are State Quarters all about? Way back in 1997, an act was approved and it was called Fifty State Quarter Program. The program started in that same year and it is still running up to the present (2008). The Act is quite popular and in fact, it is the most well-known minted series of coins in the US Mint history.

In 1998, five latest state quarters were released and it continued for a period of ten years, so it would end this year. Every 10 weeks, a quarter is again released. These quarters are never released for public use because it is minted.

The program also devised a new and unique method of issuing coins - the state quarters were issued based on the year they became part of the US. The state quarters are minted and you can see George Washington's image at the obverse or front side while on the reverse or backside, you will find a noteworthy design about the specific state.

The program will end in 2008 and after that, the coins will again be designed normally, with the reverse side having an eagle design.

Don't you think collecting these coins is worth it?

Since the program will end this year, you still have a chance to collect such coins. You will find it hard to obtain the coins once the program is over because the coins will be considered collector's items already and it will be a bit costly on your part.

So, what makes these minted coins different?

Each state gets a chance to choose a unique design that is of great importance to it and the current governor of the state will determine the process of selection. Some of the states designate a certain design committee while other states held contests among the residents who can come up with a significant and unique design. Some states post various designs of the coin on their official site and the residents simply place online votes and the coin that gets the highest votes to win.

The coins are greatly in demand and besides, these coins will not be minted ever again. The price of these state quarters will naturally increase as the years pass and currently, some of the older state coins amounts to $1 each or even more depending on their condition. Some coin collectors are also into 'error coins' collection and these flawed coins can cost more or less $500 each.

The program of State Quarters has definitely gained extreme popularity in the US and some people are already into some sort of business revolving around the
said minted coins. Coin holders are popular and coin collectors can purchase them so that they can keep their collections in an attractive holder.

Youngsters and old alike can now start collecting coins through the State Quarters. If you want, you can inquire at your local state office and see if the coins are still available. But you must hurry since the program ends this year.