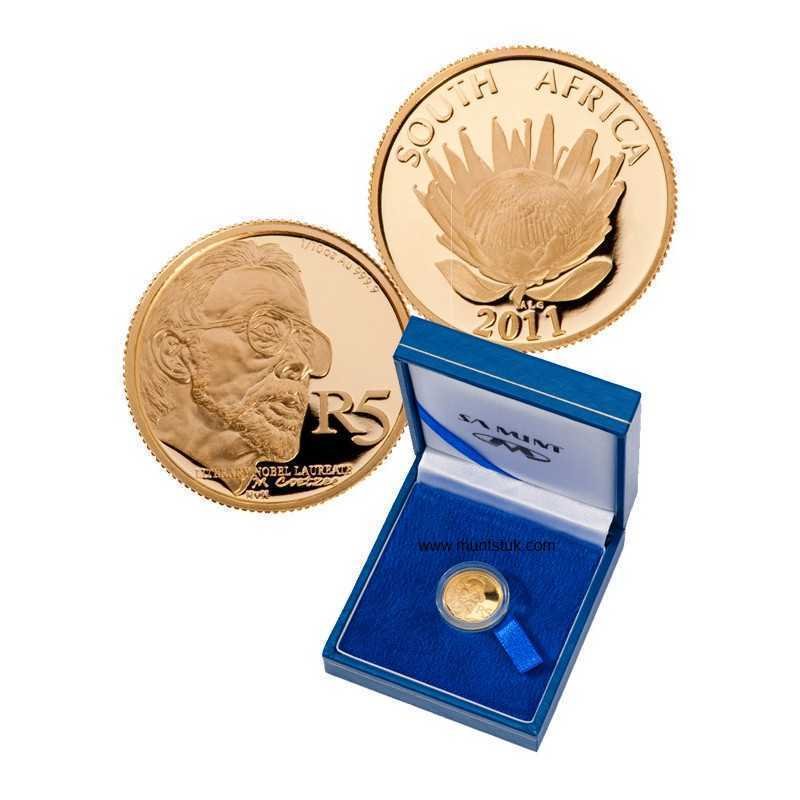 At 71 years of age, his critical and intellectual honesty continues to drive him as he now fights for the rights of animals.  The R5 Protea coin features a portrait of Prof. John Maxwell Coetzee. Linking the theme of this series, a quote from one of his books to depicted on the coin.

Product Details
G24-PC-PRT11
8 other products in the same category: