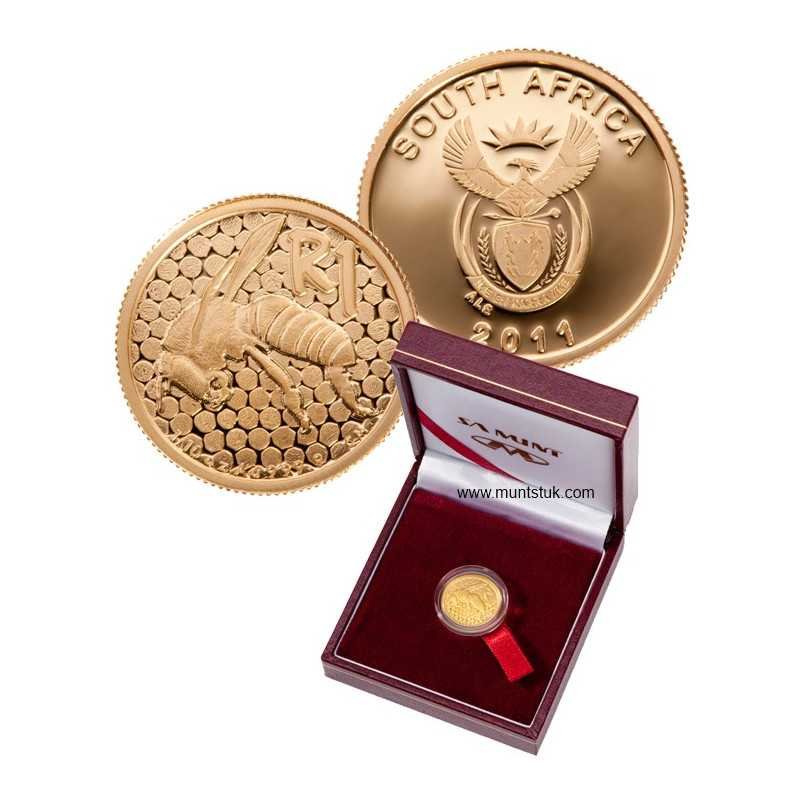 The theme on the 2011 R1 Gold Coin is the African honey bee (Apis mellifera scutellata). The African bee is being threatened by the introduction of the Cape Honey Bee (Apis mellifera capensis), which can infiltrate and lay her eggs in the host African Honey Bee colony. The resulting new parasitic workers increase in number, eventually leading to the death of the host colony on which they depend.

Due to modern farming methods, habitat loss, disease and global warming and the subsequent loss of bee colonies, there is now a serious worldwide threat to the pollination of flowers and food production crops. A recent study showed that climate change may prevent bees from carrying out the vital job of pollination by upsetting their life cycles.

The dramatic decline in worldwide honeybee colonies has forced some growers to resort to pollination by hand! Crops such as apples, pears and berries are entirely dependent on pollinators for fruit production, while in crops like sunflowers, peppers and tomatoes, visits by pollinating bees improve the quality and quantity of fruit and seeds produced.

Product Details
G24-PC-R1T11-SH
8 other products in the same category: