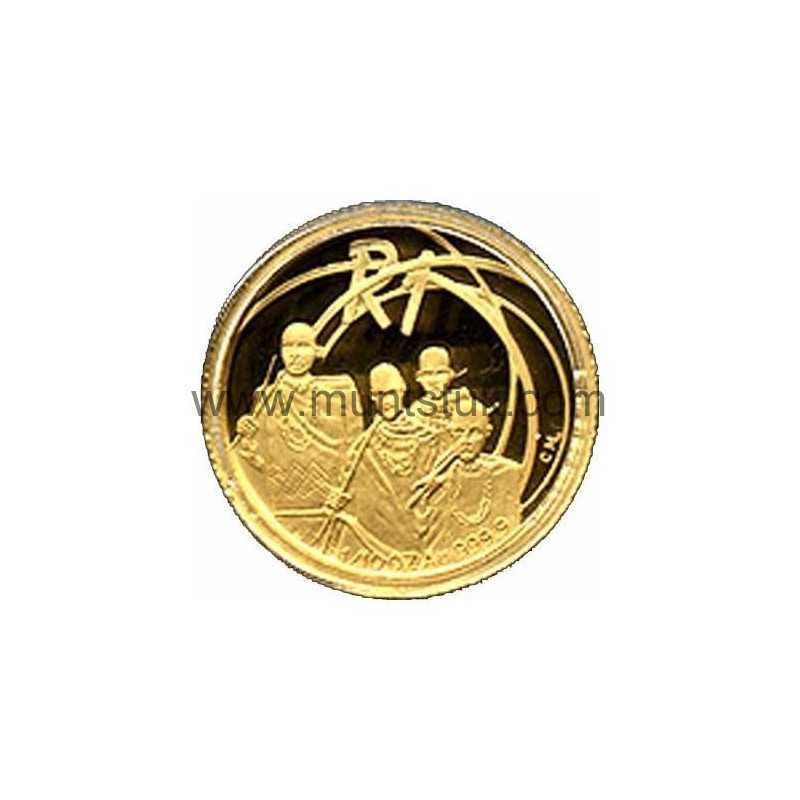 The cultural Tswana feature, which appears on the reverse of the coin, is that of four young Tswana boys in traditional clothing. The new Coat of Arms for the Republic of South Africa and the Tswana word for South Africa, "Aforika Borwa" are depicted on the obverse.

The Tswana are part of the Sotho nation, with three broad divisions - Basotho (Southern Sotho), Pedi (Northern Sotho), and TSWANA (Western Sotho). Together with the Basotho, the Tswana traditionally lived on the southern African highveld. From the mid 1800’s, many Sotho chiefdoms in the western highveld region began to regard themselves as part of a bigger Tswana nation.

This explains the interesting diversity in dialect, social structure and culture that exists among many Tswana groups.