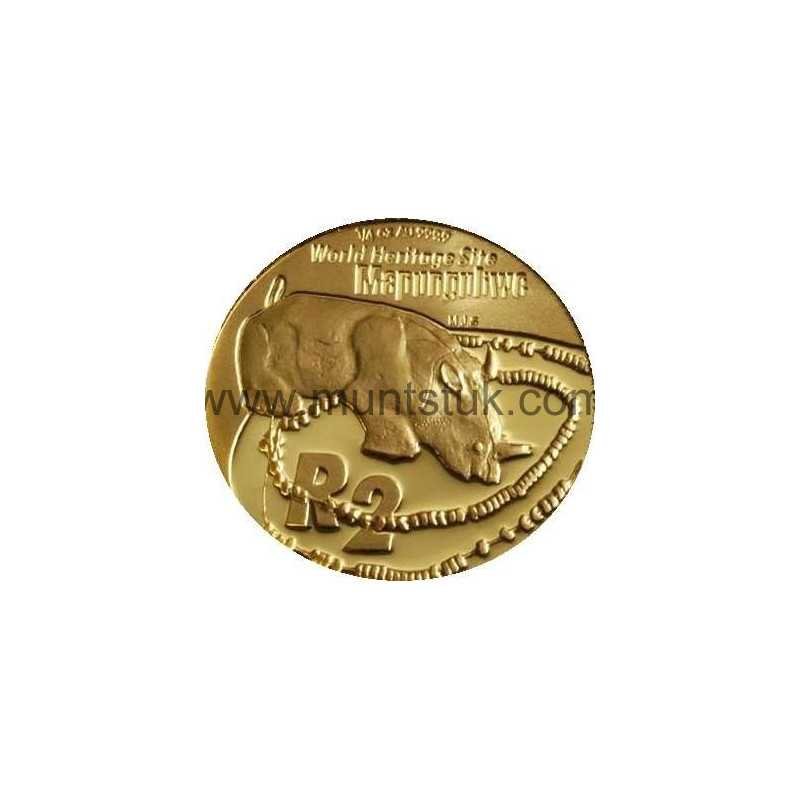 Mapungubwe is situated in the Northern Province on the border of South Africa, joining Zimbabwe and Botswana. It is an open, expansive savannah landscape at the confluence of the Limpopo and Shashe rivers. Mapungubwe developed into the largest kingdom in the subcontinent before it was abandoned in the 14th century. Mapungubwe was home to an advanced culture of people who thrived in this sophisticated trading centre from around 1200 - 1300 AD. These highly sophisticated people traded gold and ivory with China, India and Egypt. The region had a population of more than 5 000 inhabitants.

The archeological findings in this area, not only proves the evidence of early gold smelting in southern Africa, but also of extensive wealth and social differentiation of the peoples of Mapungubwe.