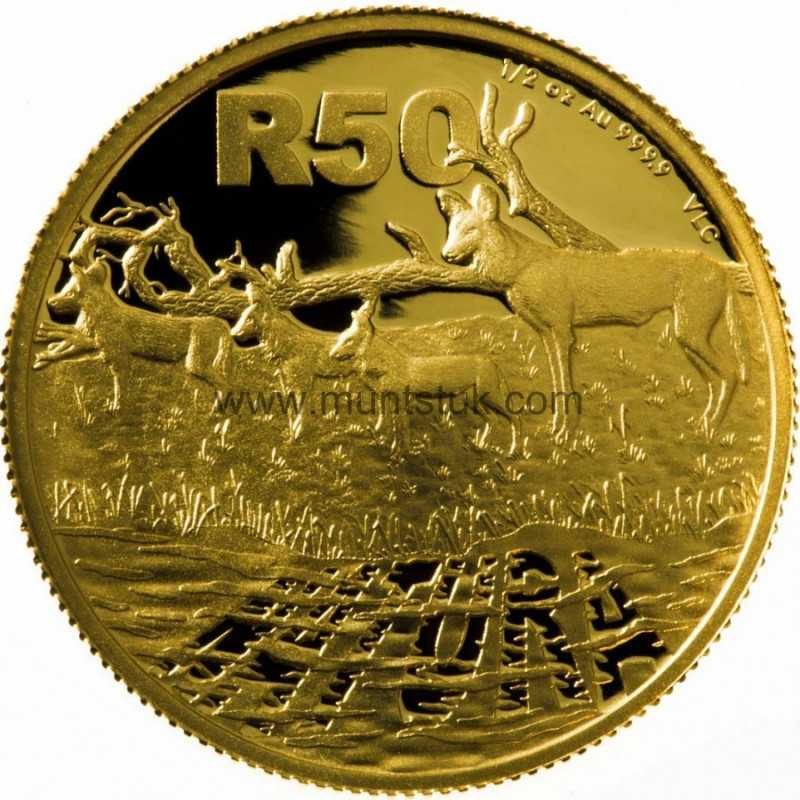 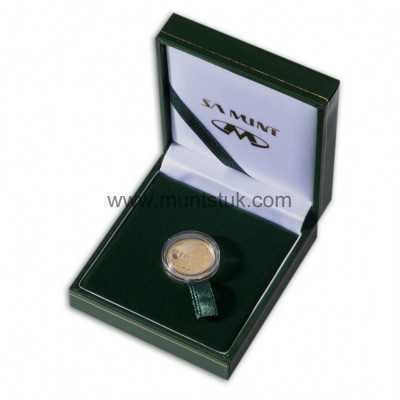 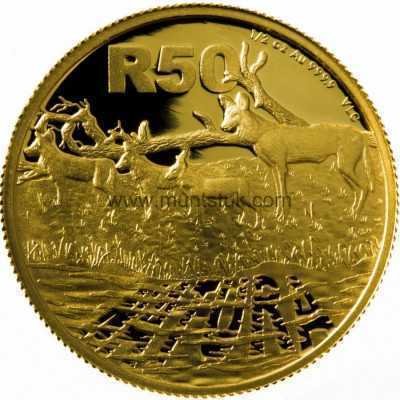 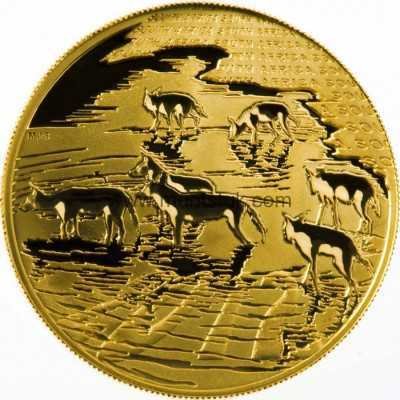 The reverse of the R50 (1/2 oz) Natura coin portrays an alpha female and her pups, protecting them while the others are hunting. Pups are the center of attention and all pack members take part in their care, feeding and protecting them until they are old enough to hunt.