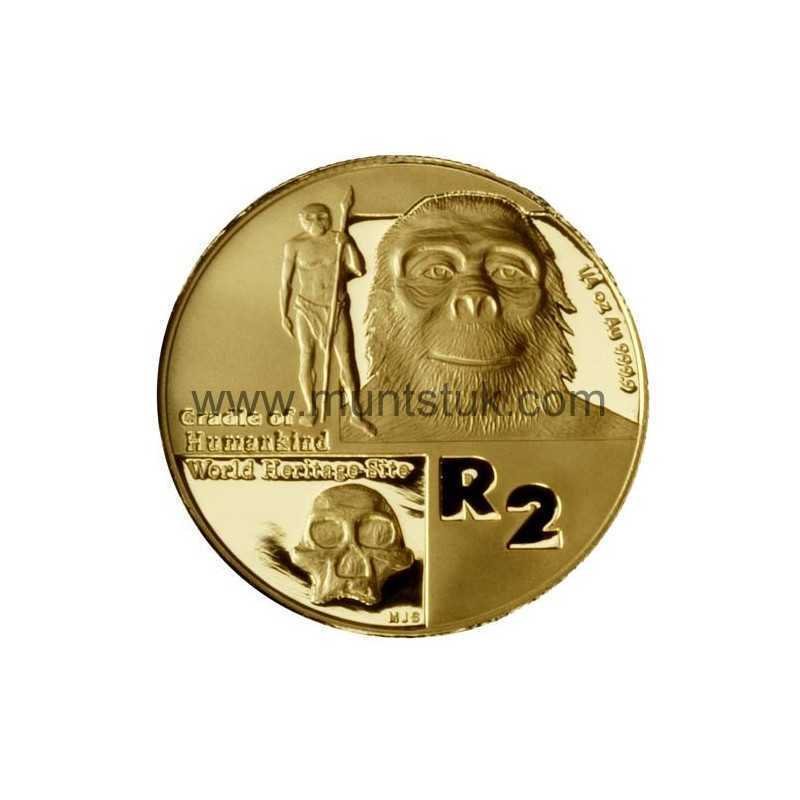 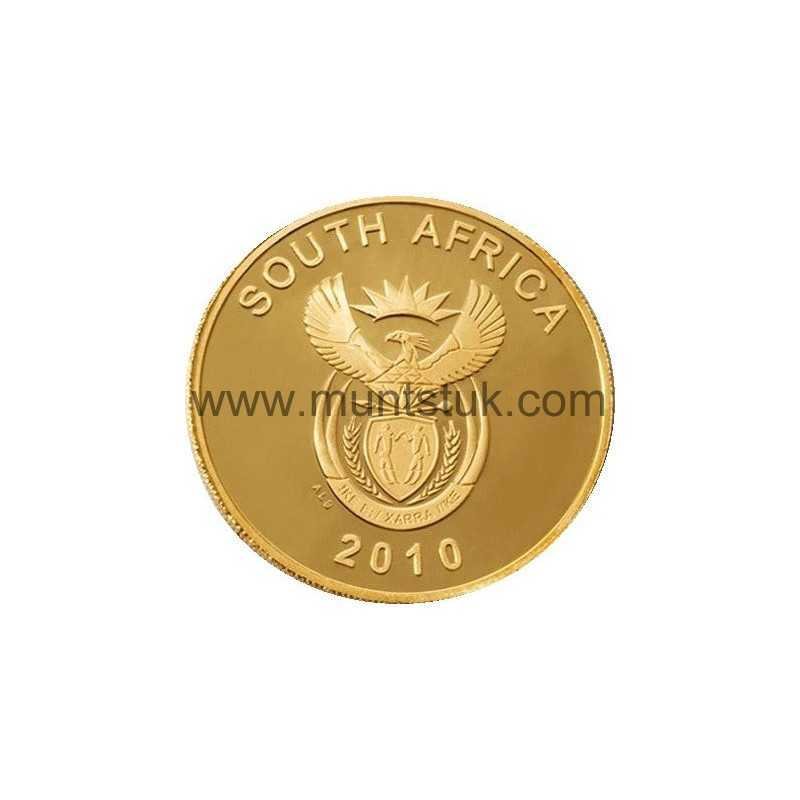 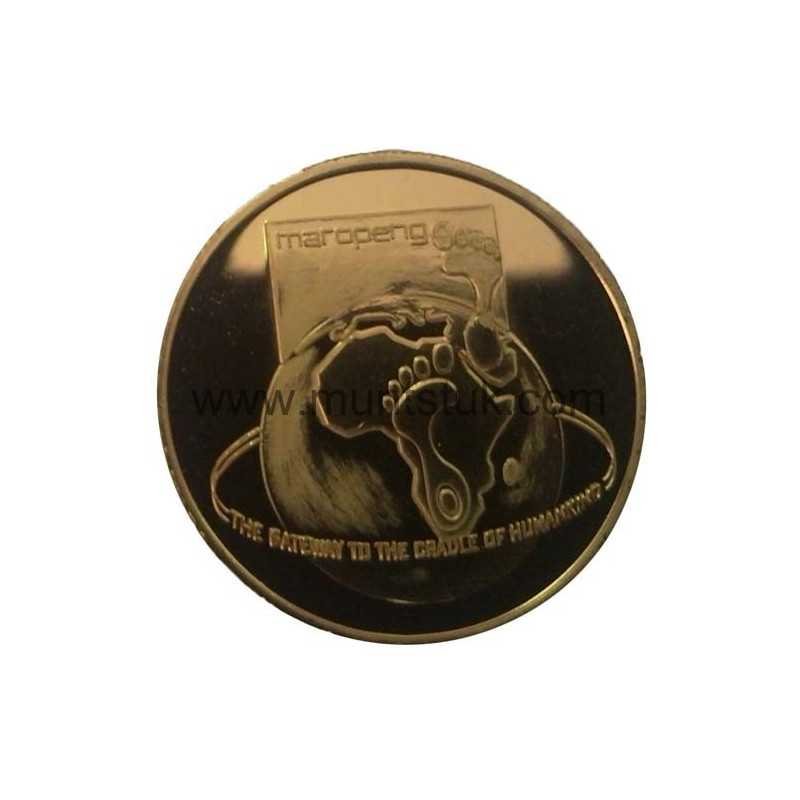 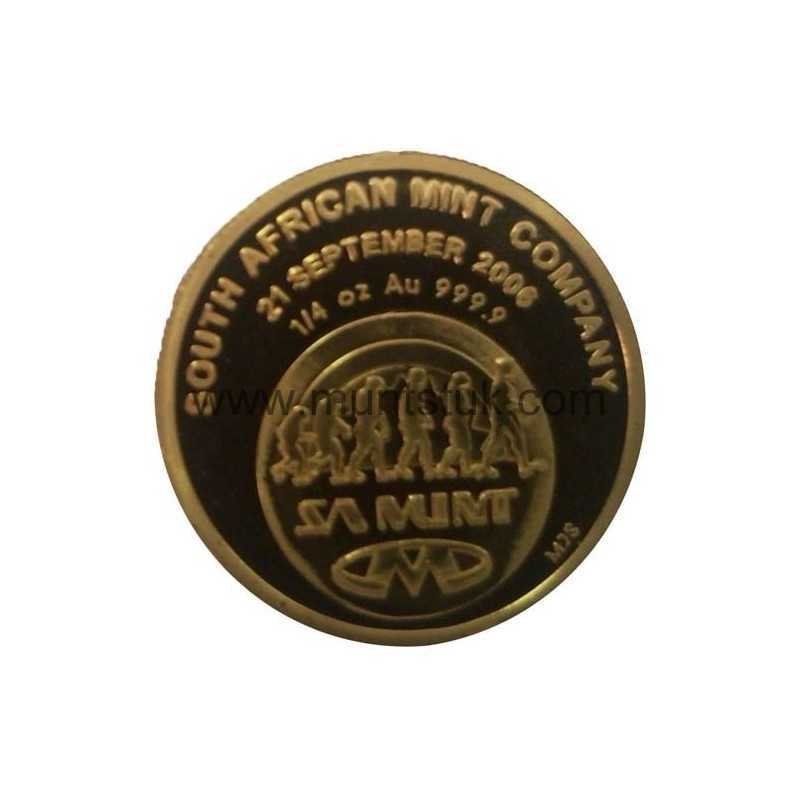 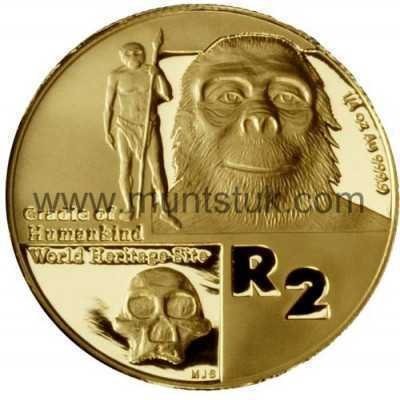 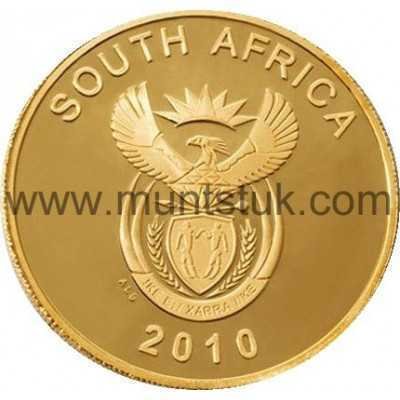 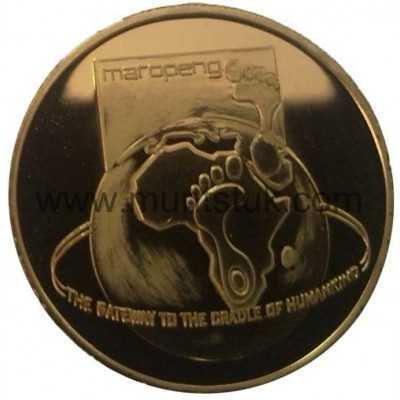 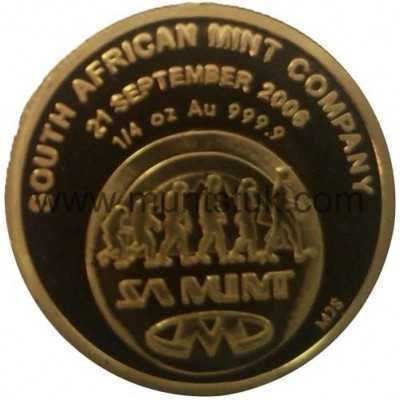 The Cradle of Humankind World Heritage Site is an area of 47 000 hectares to the north-west of Johannesburg. This site has been declared a World Heritage Site because of the rich diversity of ancient fossils found in the area and the hundreds of caves on this site. A variety of stone tools used by human ancestors such as axes and scrapers have been identified. Fossils of other creatures which co-existed in the area include extinct animals such as short necked giraffe, giant buffalo, giant hyena and several species of sabre-toothed cats.

The 2006 pure gold R2 coin depicts the skull of “Mrs Ples”, the world's most complete skull of Australopithecus africanus, which amongst others, was found in the Sterkfontein Cave in this World Heritage Site. These fossils, thought to be at least 2 million years old, are considered to be distant relatives of all humankind. “Mrs Ples” was discovered by Dr Robert Broom and John Robinson in April 1947. The coin also portrays images of what Australopithecus africanus is thought to have looked like when these hominids or upright walking "apes" lived in the Sterkfontein Cave and surrounding areas.