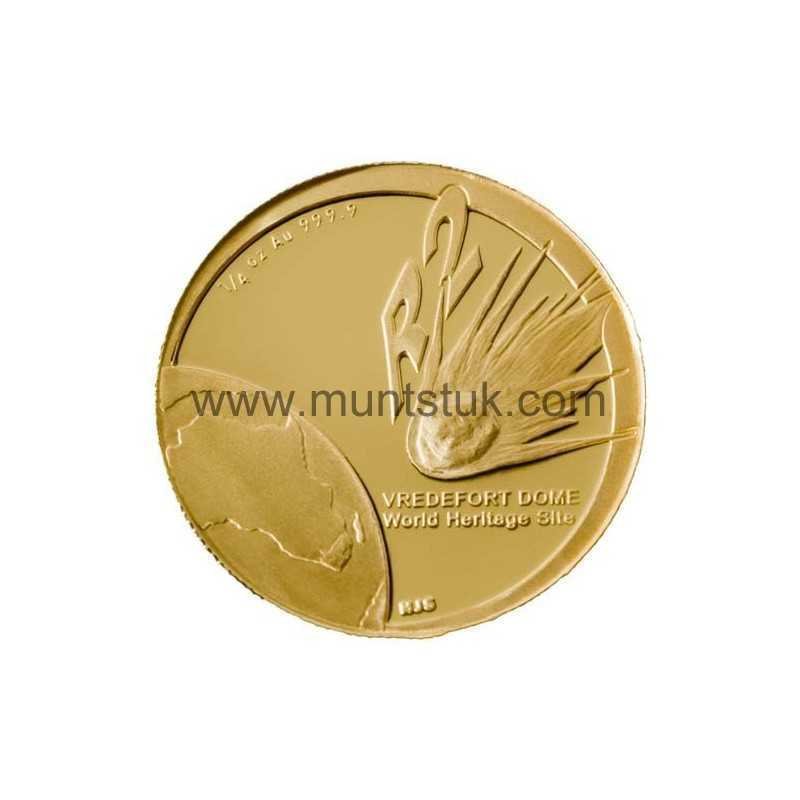 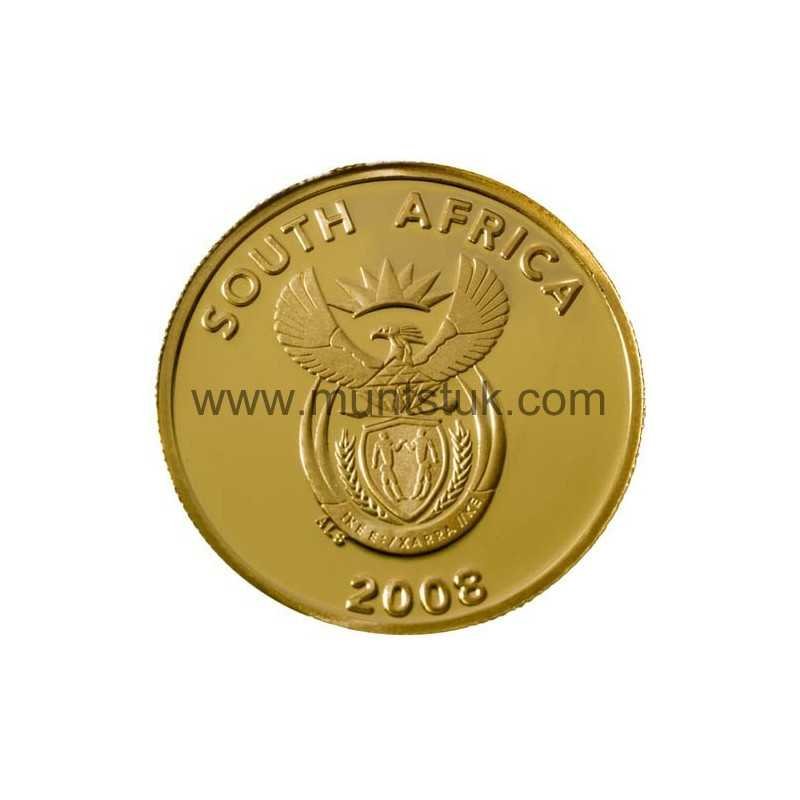 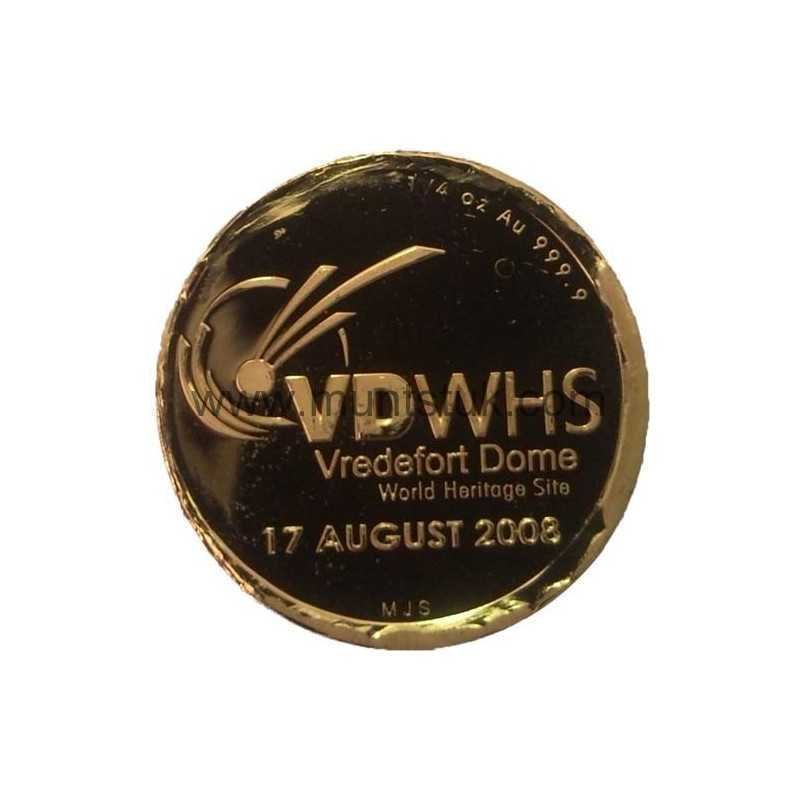 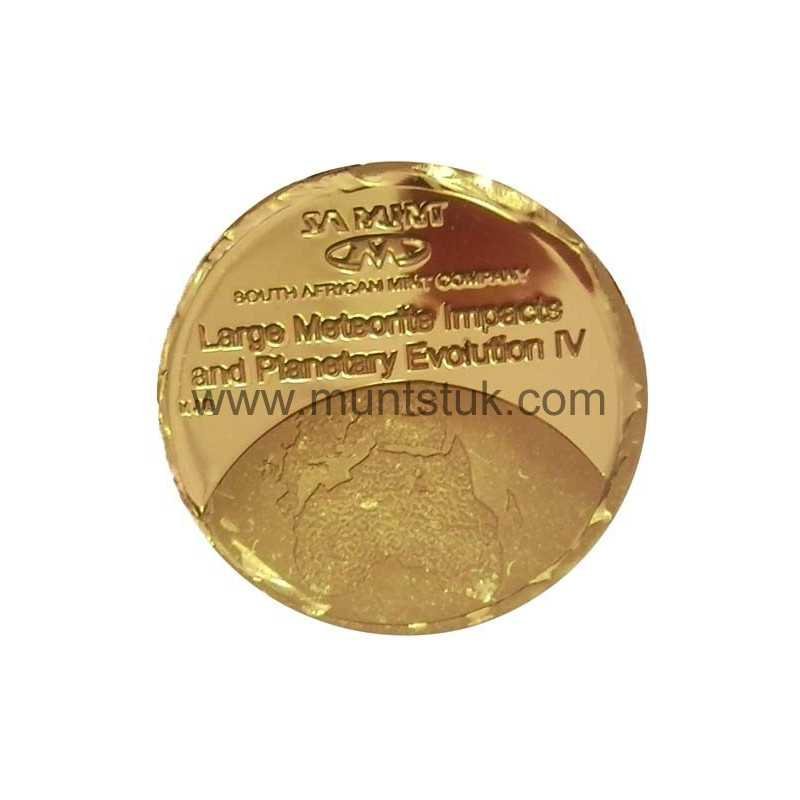 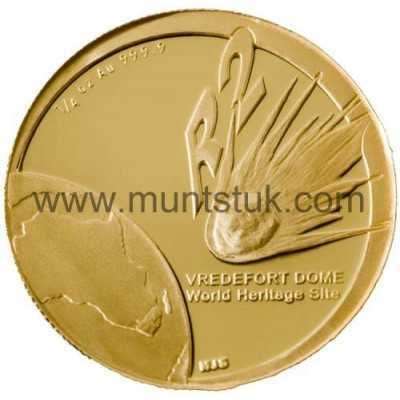 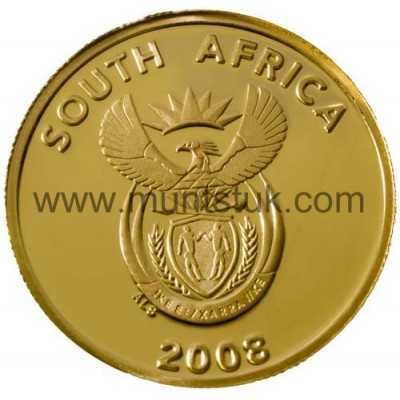 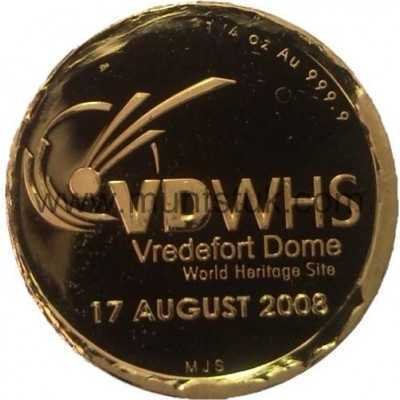 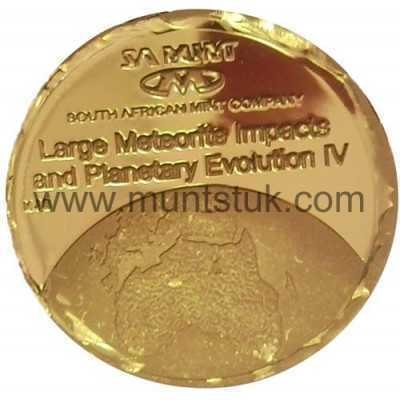 The gold R2 coin was re-introduced in 1997 as a commemorative coin series. In 2002, the World Heritage Sites in South Africa was introduced as the theme.

Some 2020 million years ago, a meteorite that was probably roughly the size of Table Mountain, ten kilometers by ten kilometers, slammed into the planet close to where the little town of Vredefort now lies. The force of the impact generated such power and heat that the meteorite itself was vaporized, as was some of the earth's crust where it hit. The impact took four minutes to gouge out a crater up to 50 kilometers deep, which quickly collapsed. It set off seismic events of magnitude 14 on the Richter scale. The collapsed crater eventually became 300 kilometers wide and several kilometers deep, filled with rock debris and a thick layer of molten rock.

A nationwide coin design competition was held for the 2008 theme: “The Vredefort Dome – World Heritage Site”. The winning design by Kasturi Pillay features on the 2008 R2 commemorative gold coin.