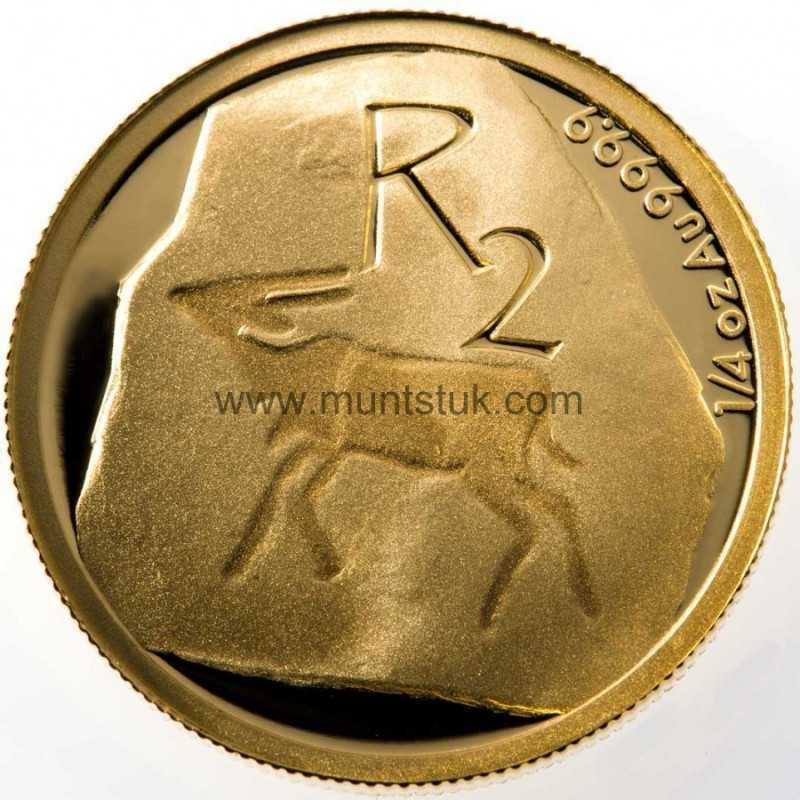 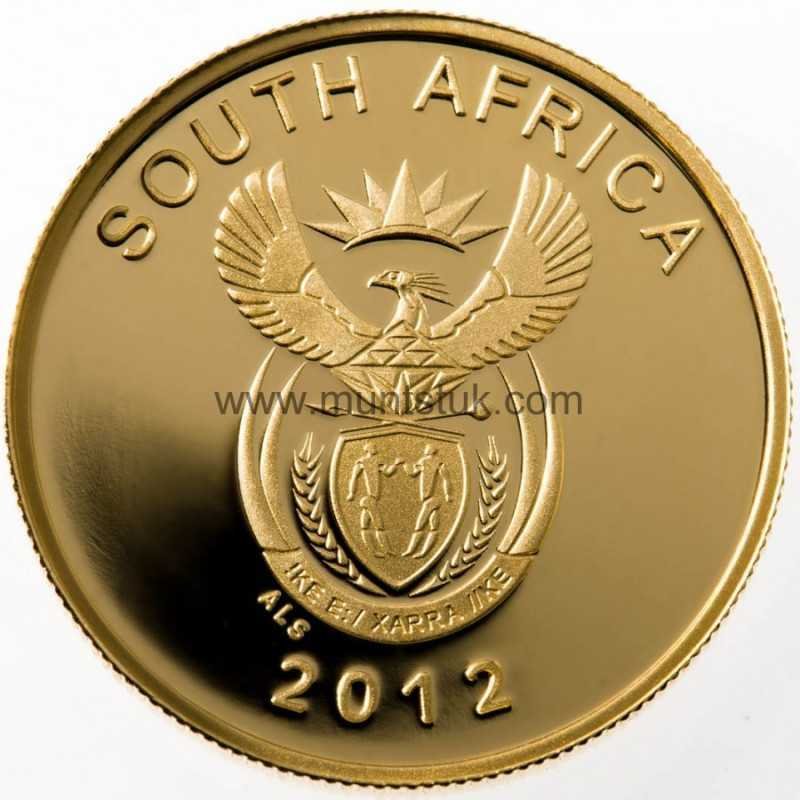 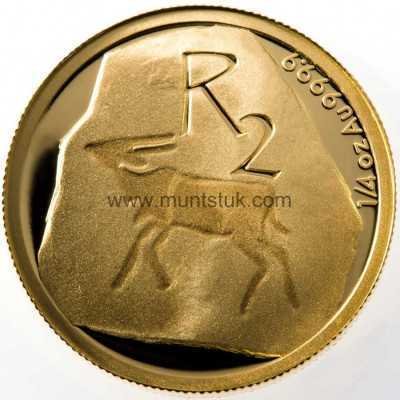 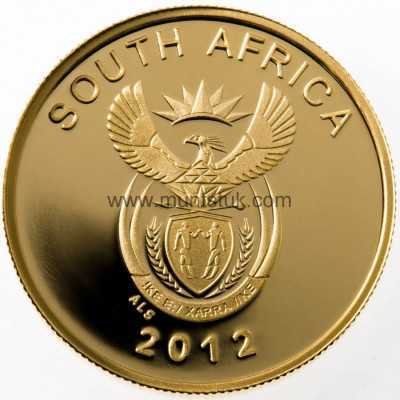 The culture and heritage of South Africa’s earliest inhabitants is celebrated on the R2 pure gold (1/4 oz) coin. The terms San, Khwe, Sho, Bushmen, and Basarwa have all been used to refer to these hunter-gatherer people of southern Africa.

The theme was introduced in 2011 and the first R2 coin issued portrayed a present day shaman (ritual specialist) holding his stick and part of a rock painting illustrating a trance dance. These R2 coins were launched in the Kalahari Desert among today’s Khomani San people of the Witdraai Community. The Khomani San created the original stone carving depicting an eland from which the model for the R2 pure gold (1/4 oz) coin issued in 2012 was prepared.

This unique pure gold coin captures an art-form that has been passed down through generations and represents the symbolism of an ancient people. Rock engravings and paintings are inherently part of their culture and spirituality. When shamans painted an eland, they didn’t just pay homage to a sacred animal; they also gained control of its essence and opened portals to the spirit world. The eland is an animal of great spiritual power which signifies well being and healing, beauty, peace and plenty to the Khoisan.