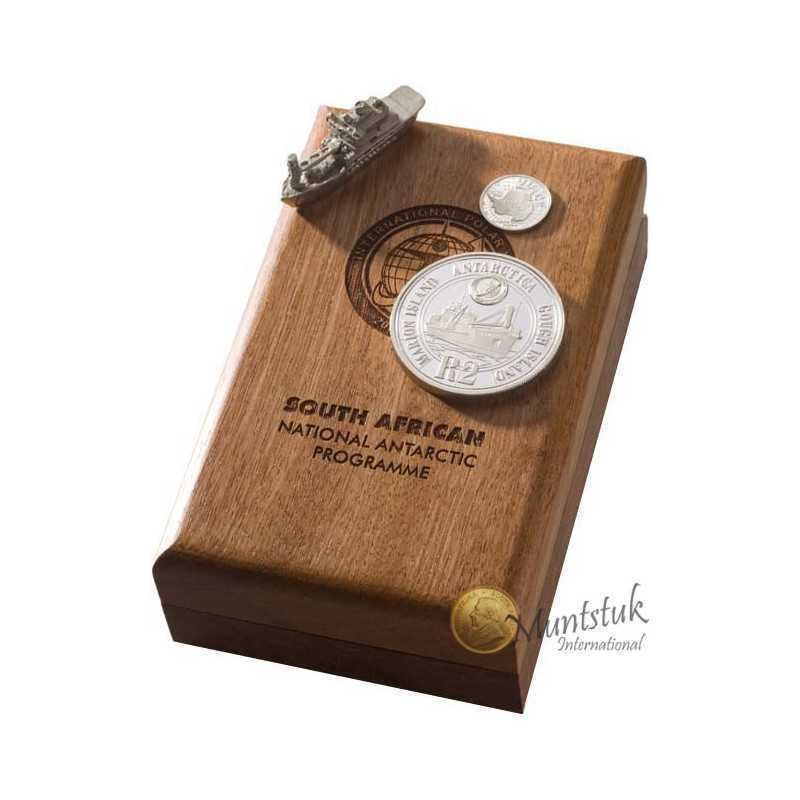 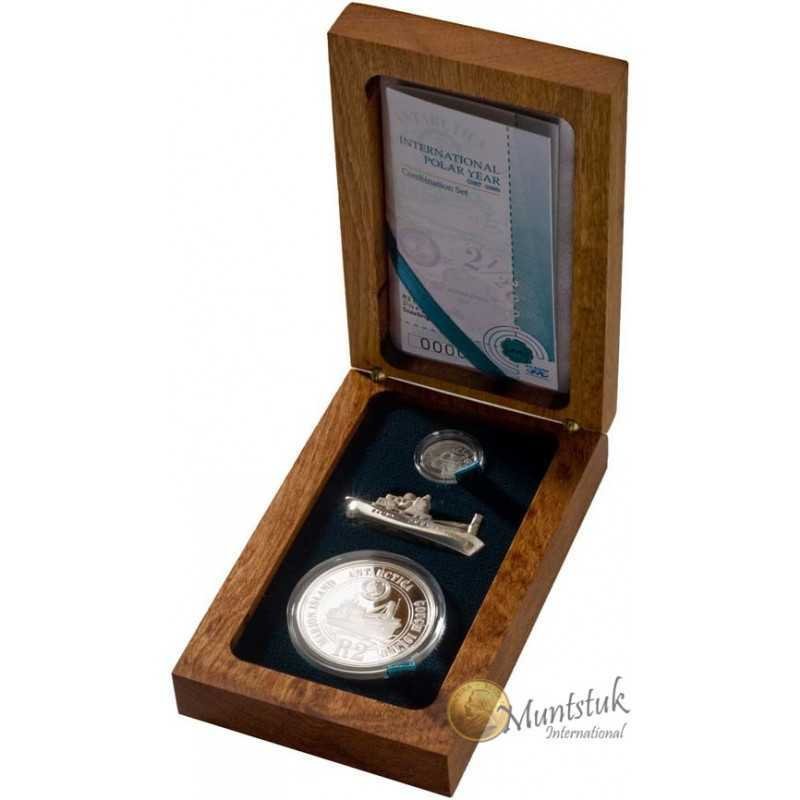 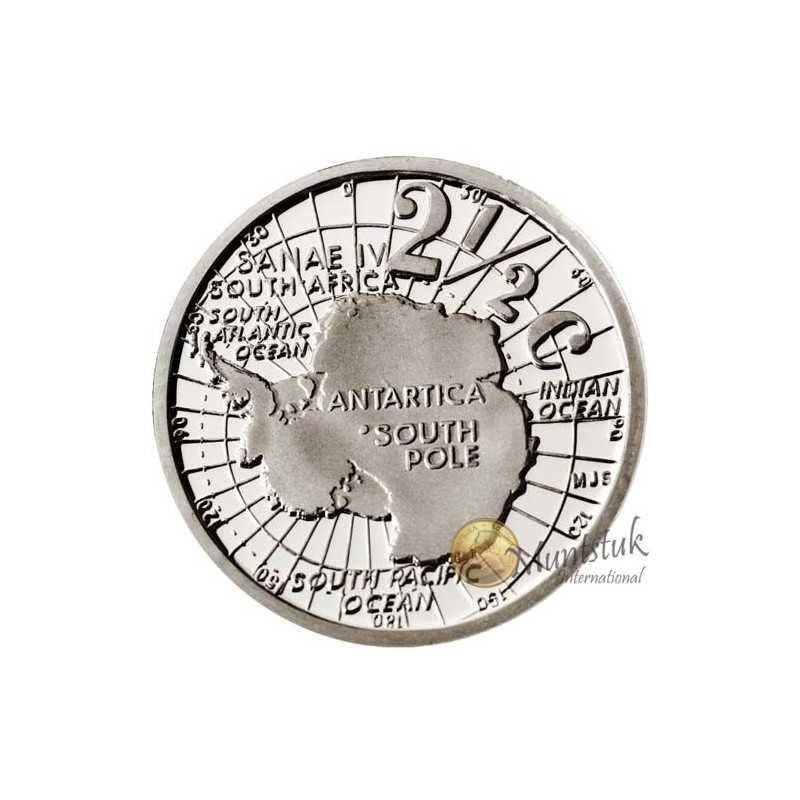 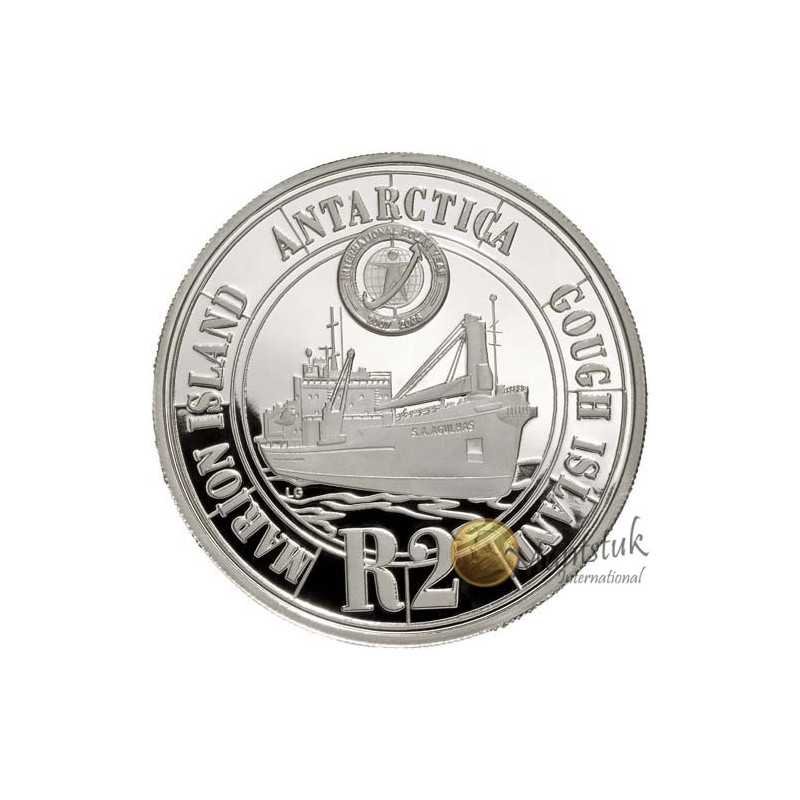 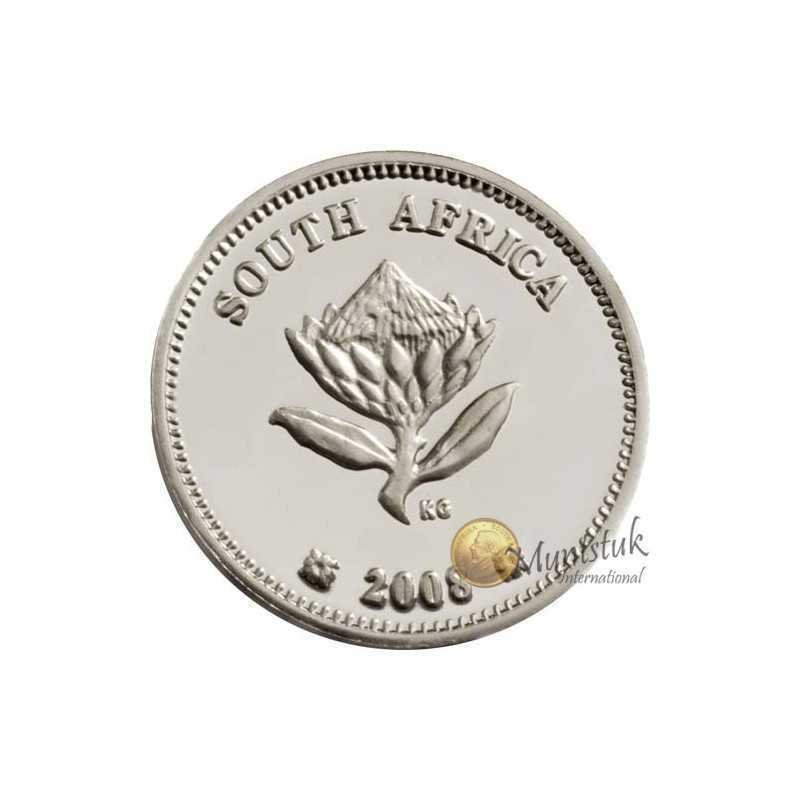 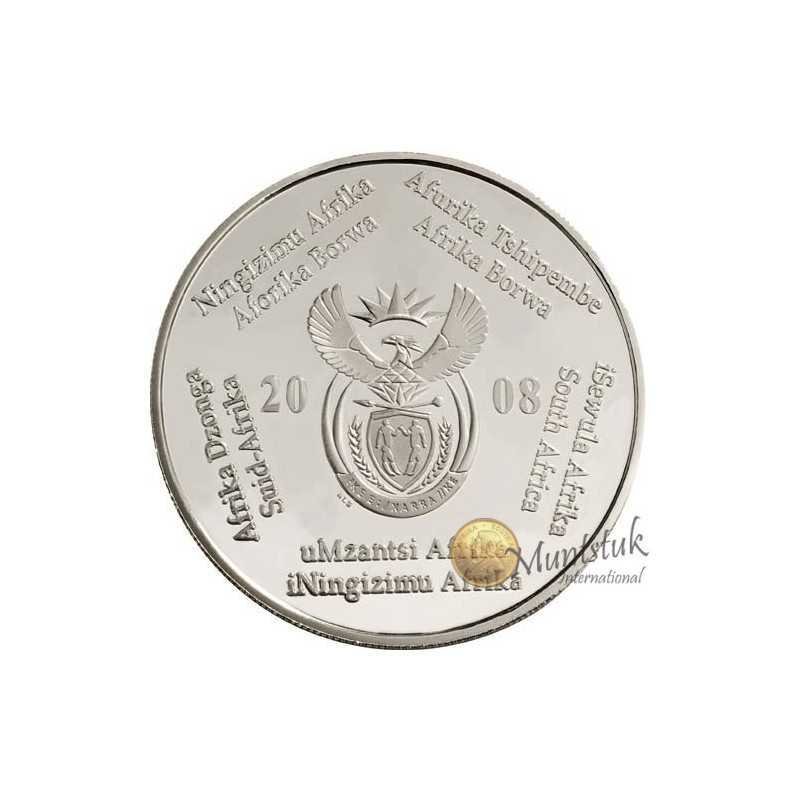 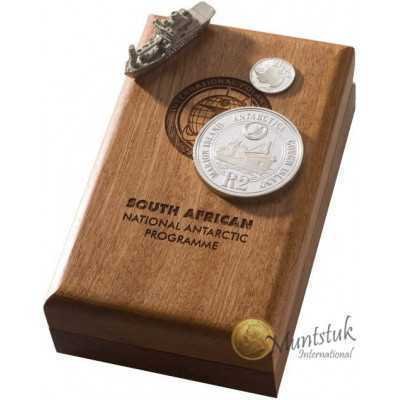 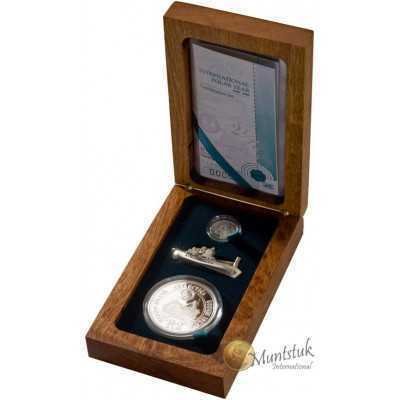 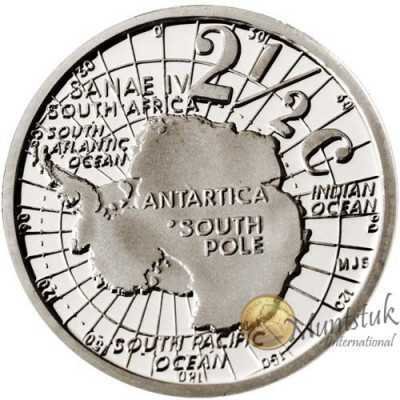 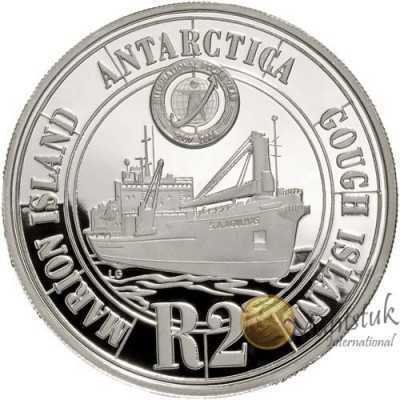 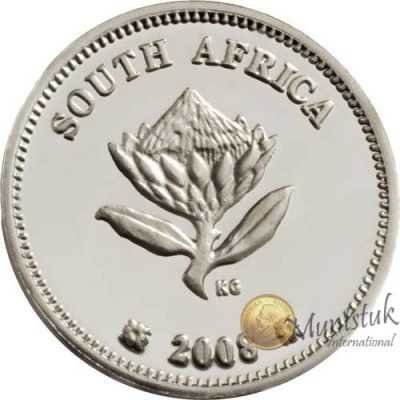 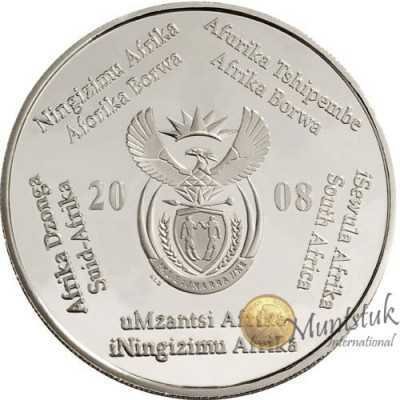 The pure silver crown-sized coin was re-introduced as a commemorative R2 coin in 1992. The 2½c, or Tickey as it is fondly known, was re-introduced as a commemorative coin in 1997. From 1997, these two coins have been paired-up to feature various themes such as the Endangered Marine Life Series and the Birds of Prey. In 2007, a special theme to celebrate the 4th International Polar Year
(IPY) “International Polar Year 2007–2008” began as part of a world-wide coin programme. The South African National Antarctic Programme (SANAP) maintains research bases on Marion and Gough Islands and on Antarctica (SANAE IV – South Africa National Antarctic Expedition). SANAP conducts research in four areas: physical sciences, earth sciences, life sciences and oceanographic sciences. Its mission is to increase understanding of the natural environment and life in the
Antarctic and Southern Ocean through appropriate science and technology. The official logo of the IPY and the SA Agulhas features as the main elements on the R2 silver Crown. The SA Agulhas is the icestrengthened Antarctic supply and oceanographic research vessel operated by the Department of Environmental Affairs and Tourism Directorate of South Africa. It is the lifeline between the three research stations and South Africa. The map of Antarctica is featured on
the reverse of the 2½c (Tickey). Indicated on the map is the position of SANAE IV, built on a rocky outcrop (nunatak) and called “Vesleskarvet” (Norwegian for “little barren mountain”) on the Ahlmann Ridge, about 170 km from the coast. The IPY is an important Summit where scientists from many countries give their feedback on surveys and studies done in the artic regions. This valuable information is shared for the benefit of our planet.

To prevent the duplication of a South African Mint product, the certificates are re-designed each year to include the coin design and each certificate is individually numbered according to the limited edition of the coin or set. As another security measure, the South African Mint’s logo, which is printed in transparent ink and only visible under ultra-violet light, features as part of the layout.