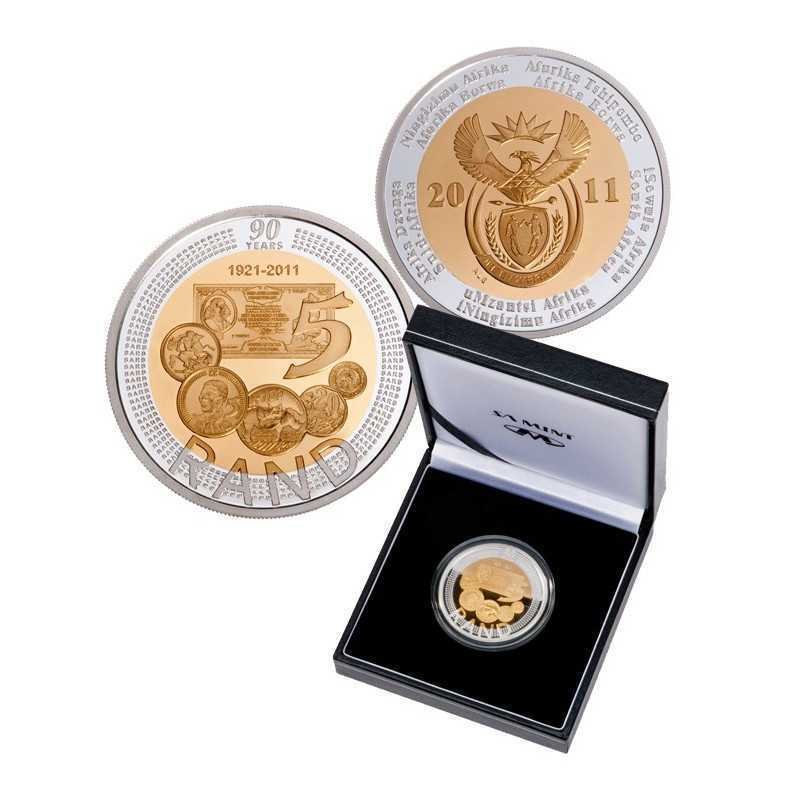 Celebrating the 90th anniversary of the South African Reserve Bank

The South African Reserve Bank, celebrates its 90th Anniversary on 30 June 2011. As part of these celebrations and to commemorate this milestone, a circulation R5 coin was minted. The coin and banknote design on the R5 coin depicts the history of the Bank, and how South Africa’s currency mirrors changing economic and political developments. The following coins, from left to right, are set out in the design:

The motif of St George and the dragon, which has been in use on British gold sovereigns and crowns since 1817. When Royal Mint took over the ZAR Mint, it produced large quantities of sovereigns bearing the mintmark “SA”. The R5 coin, minted in 2008 in honour of former President Nelson R Mandela’s 90th birthday, takes prominence. It is included in the design as a unifying coin and to highlight the immense contribution Mr Mandela made in the history of South Africa. The gold Natura coin reflects the endangered black rhinoceros to highlight its plight at the hands of poachers.

The 20c coin reflects one of South Africa’s national symbols, the king protea. The farthing, the smallest denomination, was in use from 1923 to 1960 and depicts two sparrows sitting on a mimosa branch. The banknote is a circulation note signed by the third Governor of the Bank, Dr M H de Kock, who was in office from 1 July 1945 to 30 June 1962.