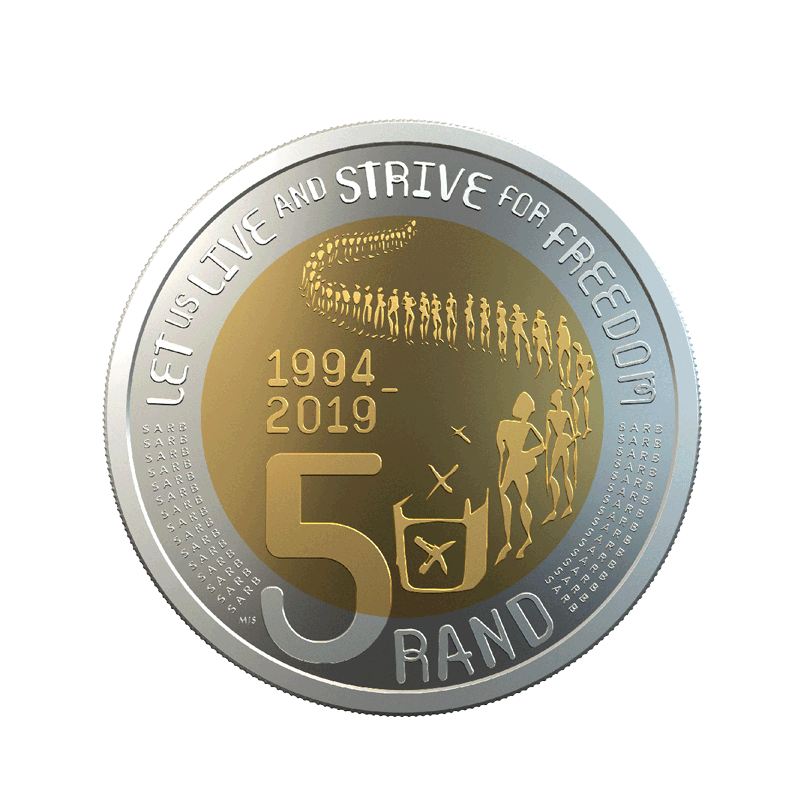 The South African Mint, a wholly-owned subsidiary of the South African Reserve Bank (SARB) today released a new R5 coin with the theme ‘Let us live and strive for freedom‘, the last coin in the range of SA25 commemorative circulation coins.

South African Reserve Bank (SARB) released a new R5 coin with the theme ‘Let us live and strive for freedom‘, the last coin in the range of SA25 commemorative circulation coins.

Having been governed by an apartheid regime that promoted white supremacy for social, political and economic gain; extreme racial segregation and discrimination; and the repression of the black majority, South Africans now have the privilege of celebrating 25 years of a constitutional democracy where one of the predominant themes is to live and strive for freedom. Lady Skollie’s design of the R5 circulation coin shows masses placing their votes for a nation void of discrimination, where all peoples are equal. Having such a monumental effect on our history in its condemnation of this much-maligned system, the words “to live and strive for freedom” ring true and were included in the South African national anthem.