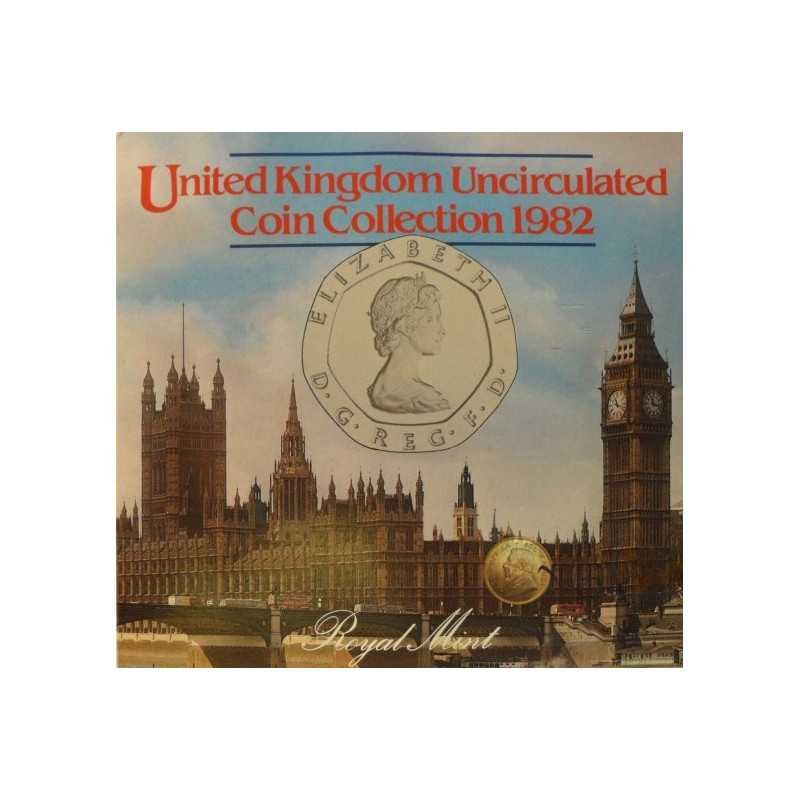 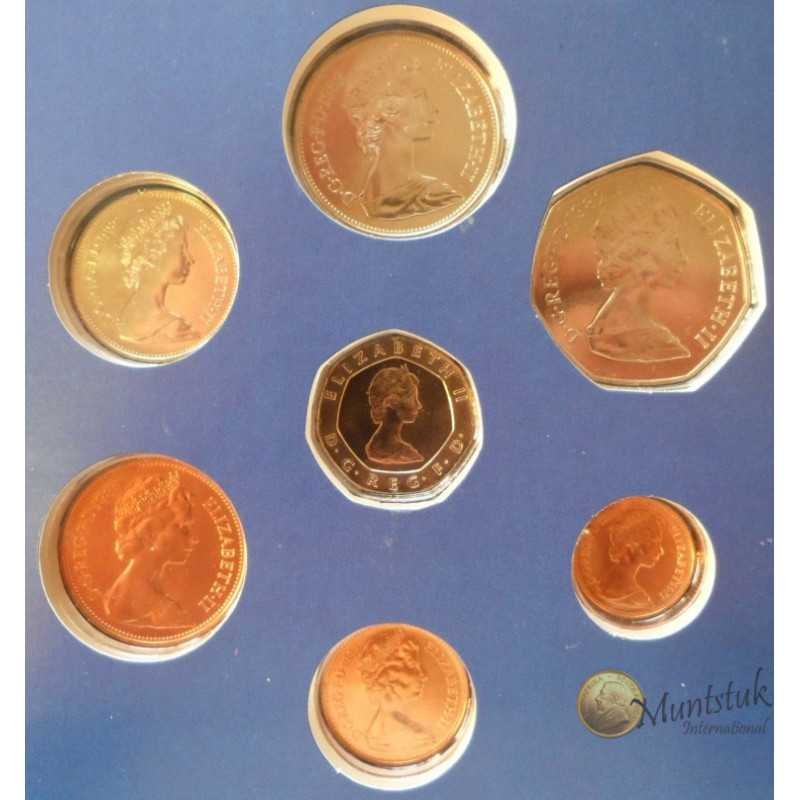 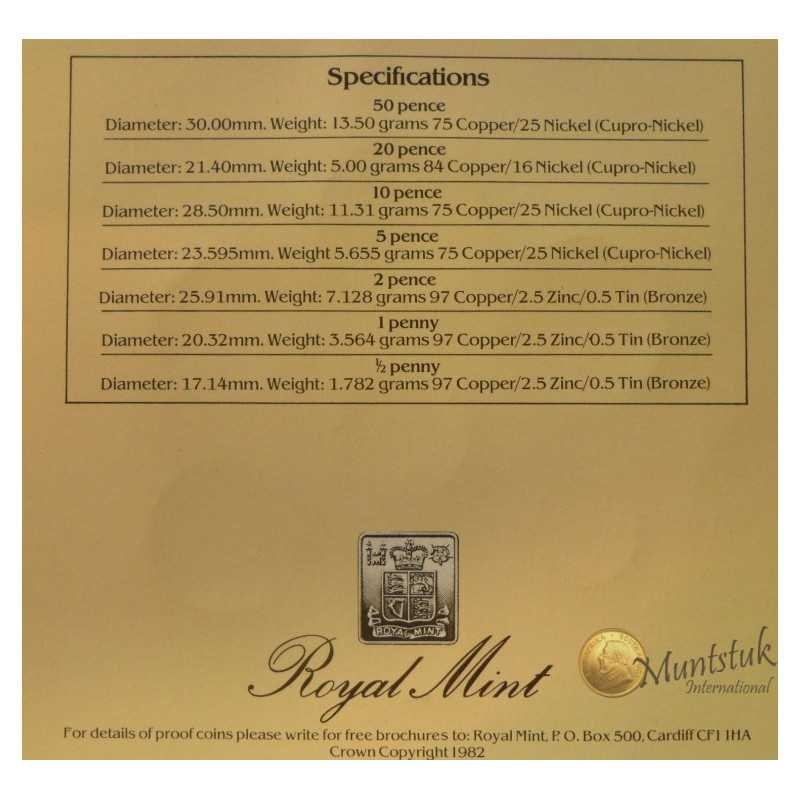 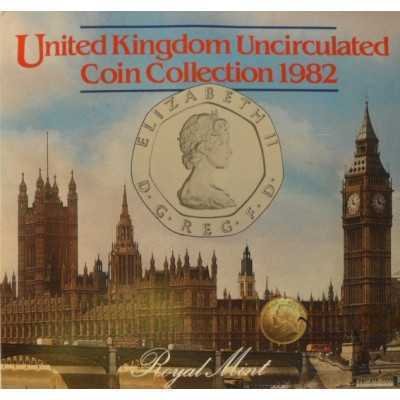 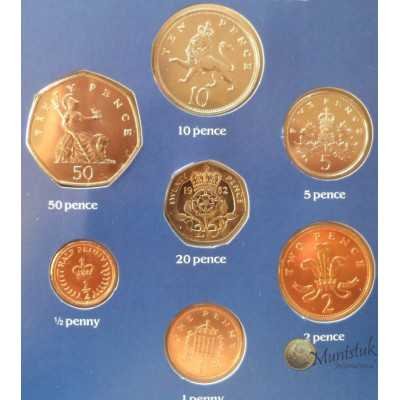 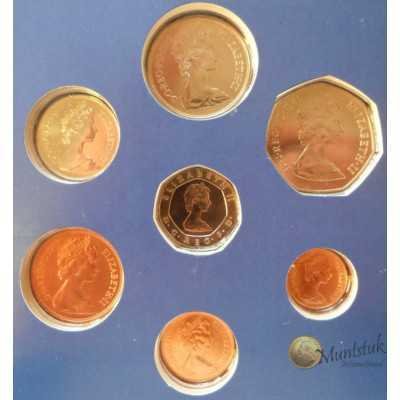 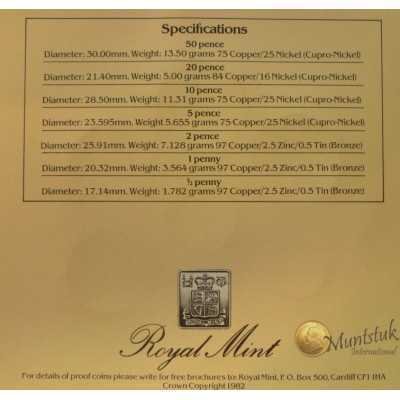 Coins in this collection are dated 1982 and include the latest addition to the United Kingdom(UK) coinage, the twenty pence coin, issued for general circulation by the Banks on 9th June 1982.

The 1982 coins are of particular significance because the word “New” which has appeared on all British decimal coins since their issue has been removed.   Coins in this collection are uncirculated standard pieces.

The metal used for each denomination, details which are shown in the specifications, is produced as a continues strip directly from the furnance. The Strip is rolled under pressure to the requisite coin thickness and blanks are then punched out of this strip and annealed, that is softened by heating, then washed and dried before they are passed to the coining presses.  The blanks are struck between pairs of dies which impact the design on to them. Uncirculated coins are handled carefully to avoid damage.