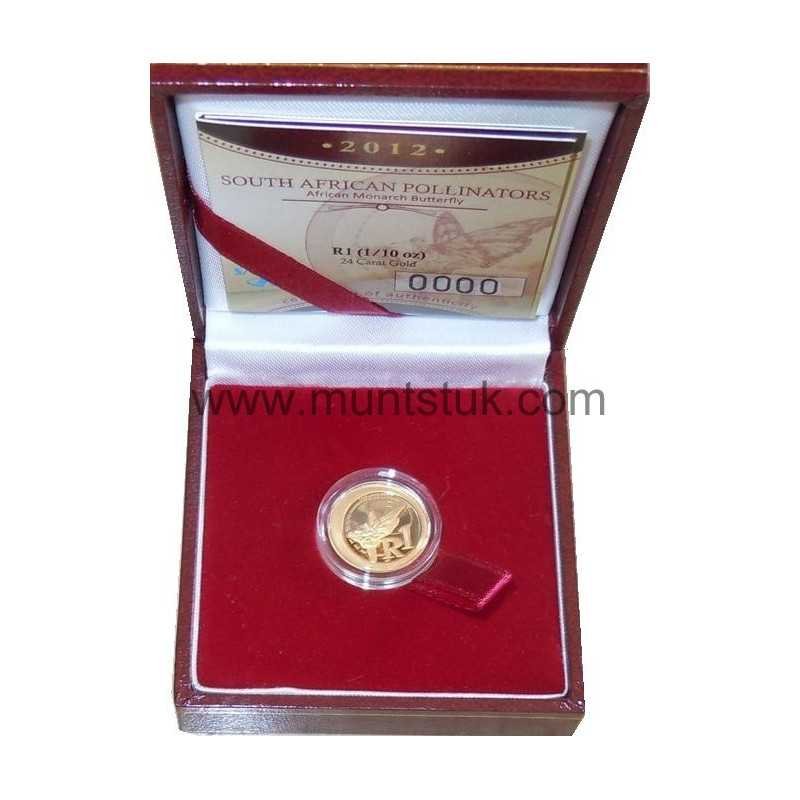 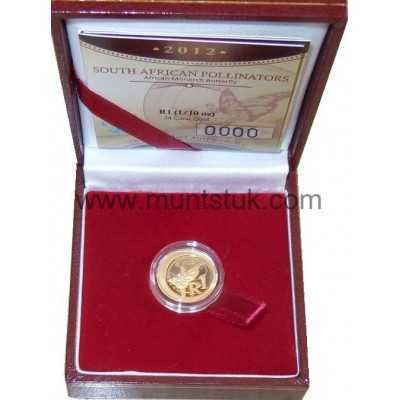 The theme, South African Pollinators, was introduced on the pure gold R1 (1/10th oz) coin in 2011 and featured the African Honey Bee which was followed by the African Monarch Butterfly (Danaus chrysippus) in 2012.

African Monarch butterflies are beautiful with vibrant coloured ochre and black wings, decorated with white stripes. These bright colours are a clear warning that they are poisonous. The African Monarch larvae feed on the Milkweed plant, ingesting the toxins and are therefore not palatable to avian predators. Some non-poisonous species of butterfly mimic the colours and patterns of the African Monarch, and their slow leisurely flight, thus lessening their chances of being preyed upon.

The African Monarch is a common butterfly widespread across Africa. Like other pollinators, butterflies are exposed to pesticides, urban development, and modern farming. The destruction of their natural habitat eliminates the plants they need to sustain themselves through the different stages of their life cycle. There is a worldwide threat to the populations of pollinators, thereby threatening the pollination of the crops we as humans rely on.