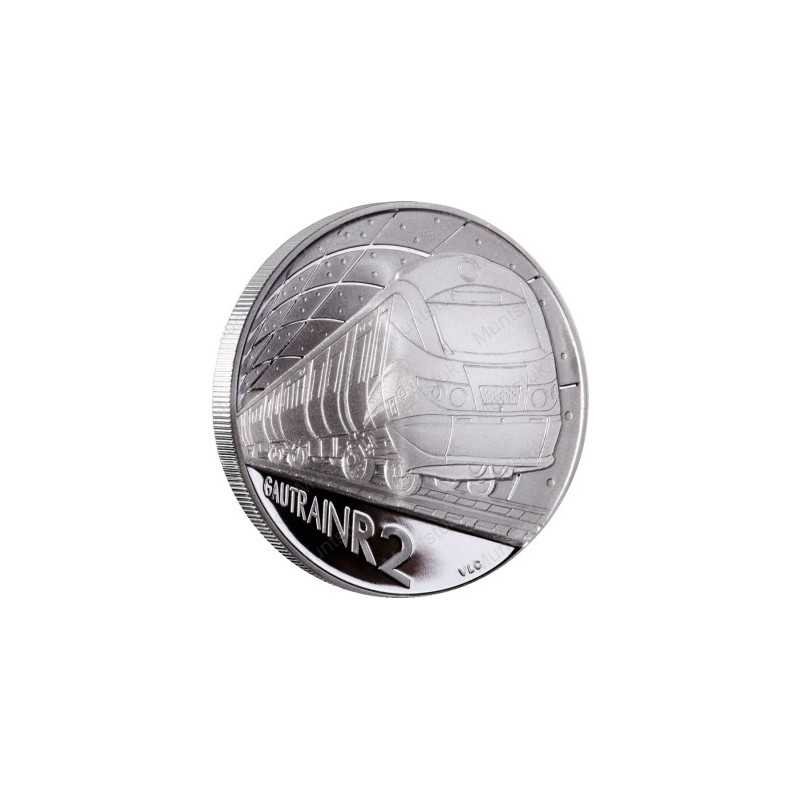 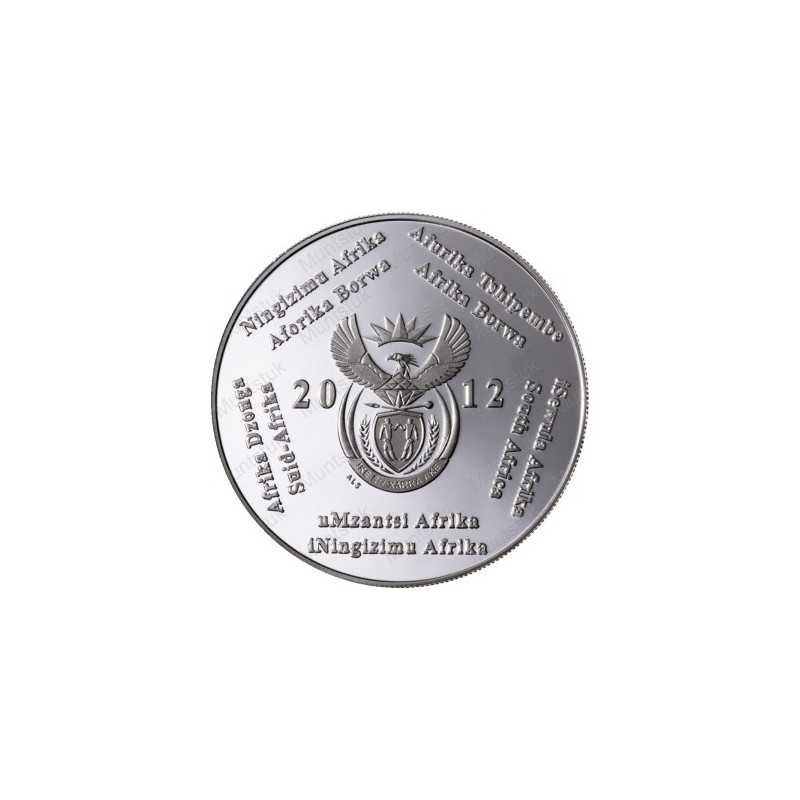 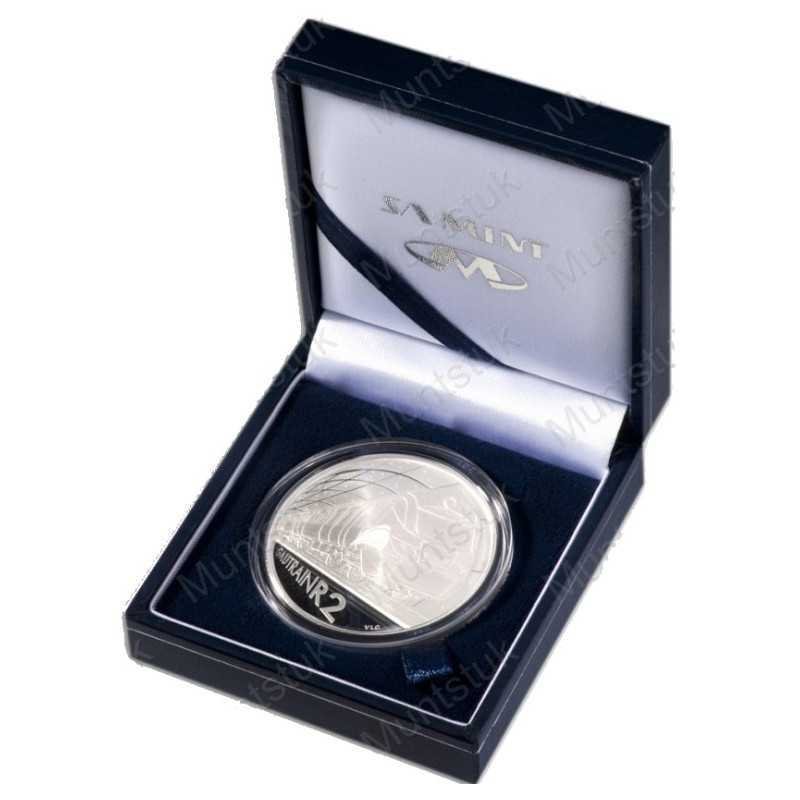 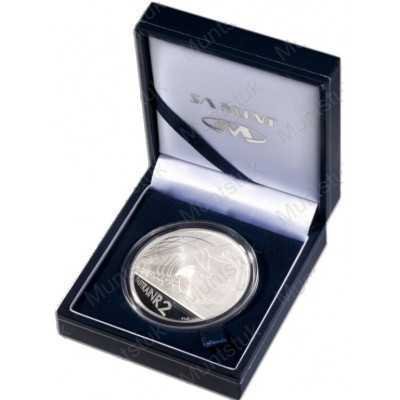 Each single coin is packaged in a blue leatherette box together with a individually numbered Certificate of Authenticity.

20 years ago, in 1992, the SA Mint issued the first sterling silver commemorative proof quality R2 crown size coin which featured “Mint Technology” as its theme. The 2 1/2 c Tickey, which was issued as a circulation coin from 1961 to 1964, was re-introduced as a sterling silver proof quality collector’s coin in 1997 depicting the “Knysna Sea Horse”.  The “Knysna Sea Horse” was the first theme in the “Marine Life” coin series which consisted of both the 2 1/2 c Tickey and the R2 Crown. In 2012 a new theme was introduced on this sterling silver coin series, called “Trains of South Africa”, depicting the “Gautrain”.

The establishment of the South African railway service began in the 19th century, with the first operational steam train making its official maiden journey between the town of Durban and Harbour Point on 26 June 1860. 150 years later, on 08 June 2010, the first section of South Africa’s new modern mass rapid transit railway system was opened and operations officially commenced.