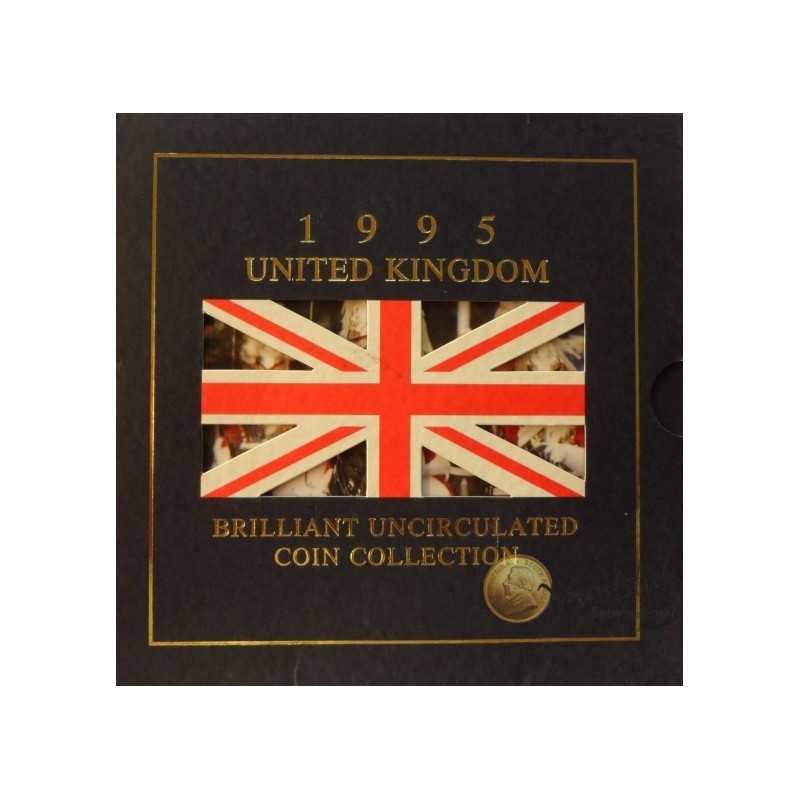 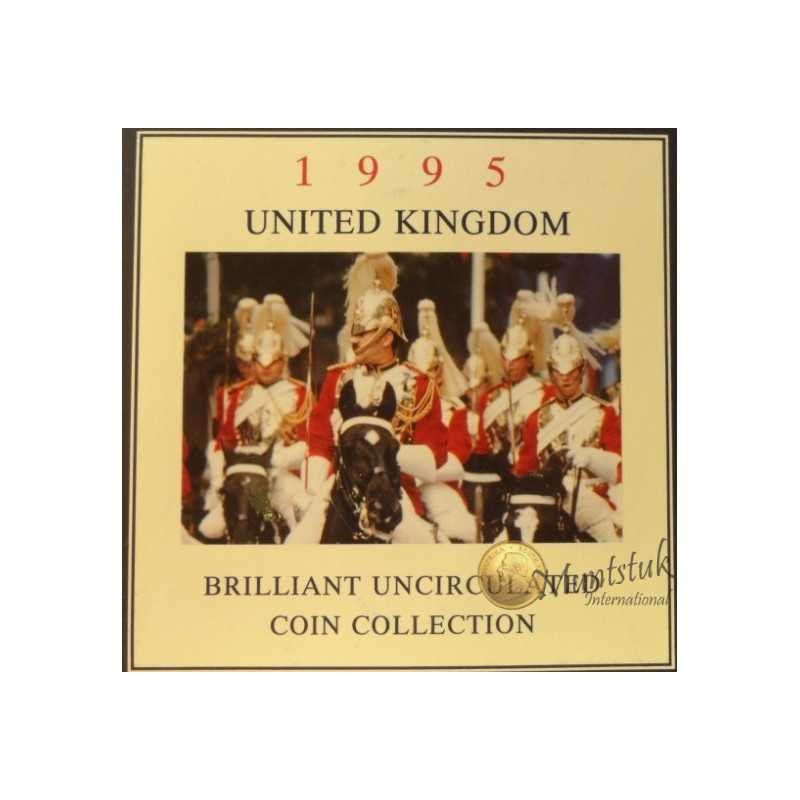 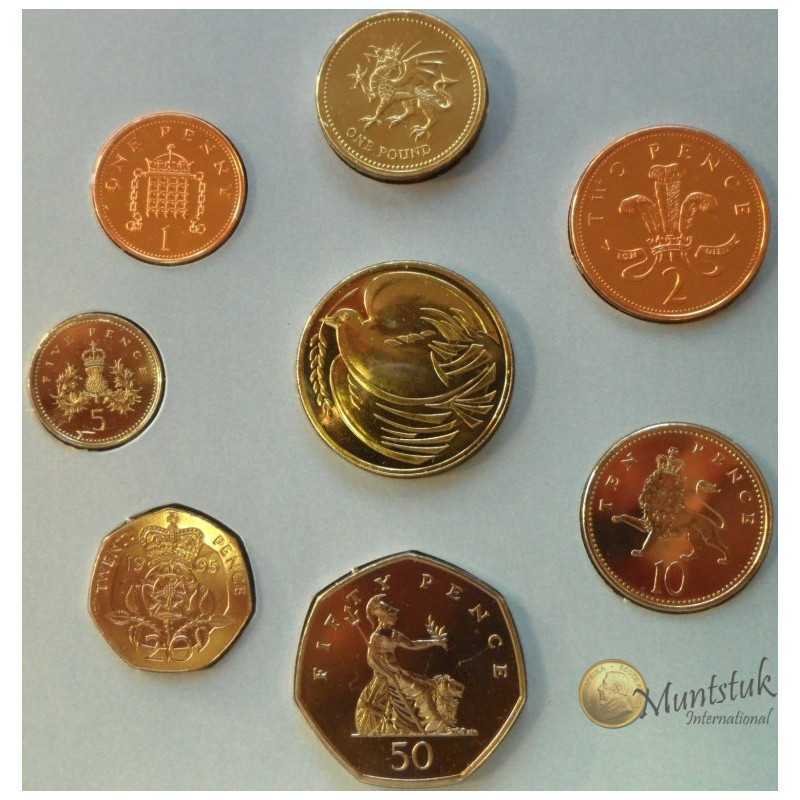 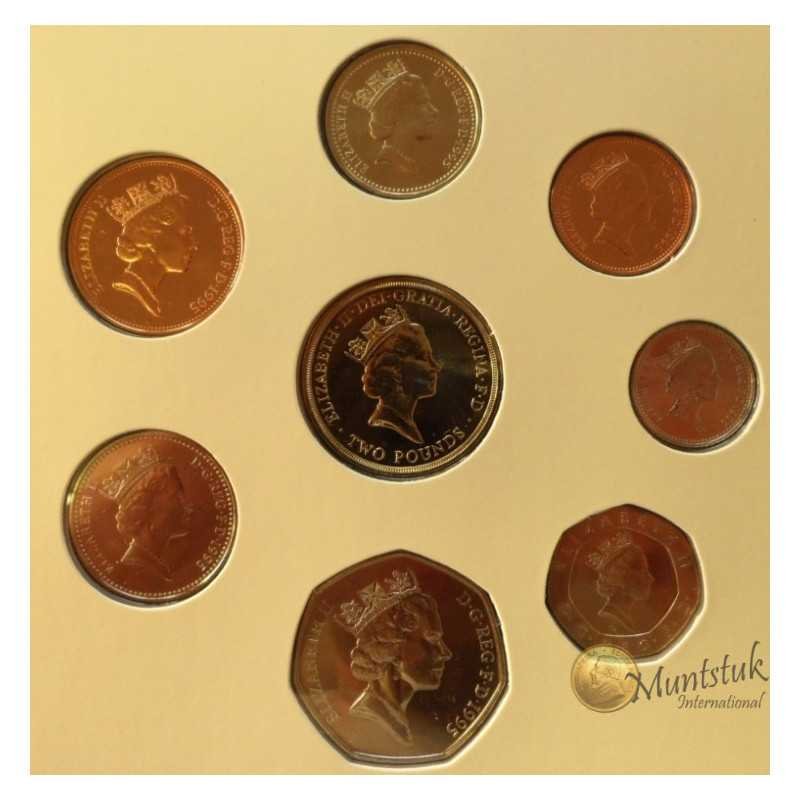 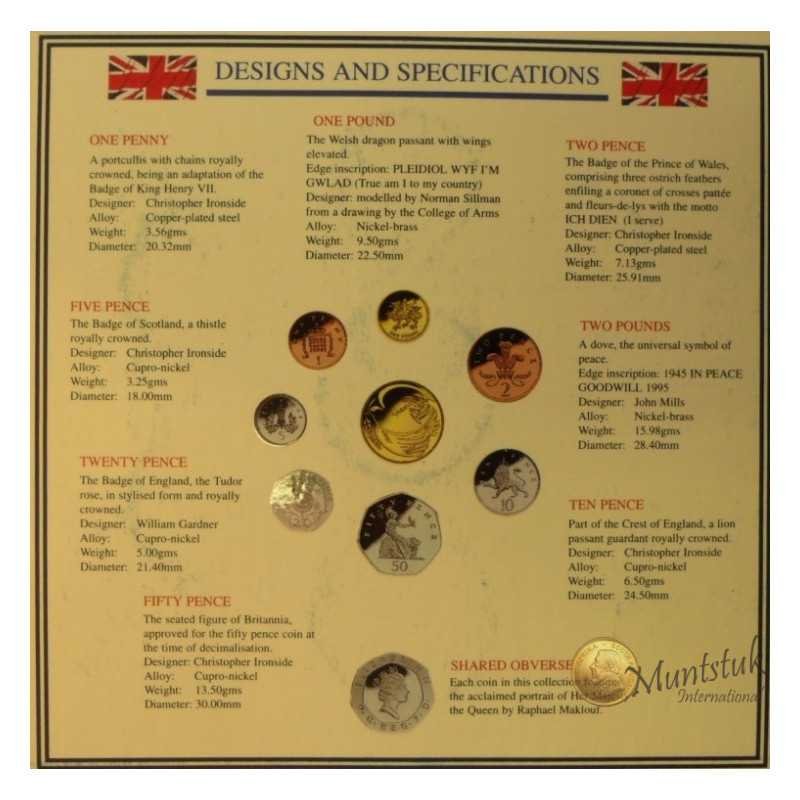 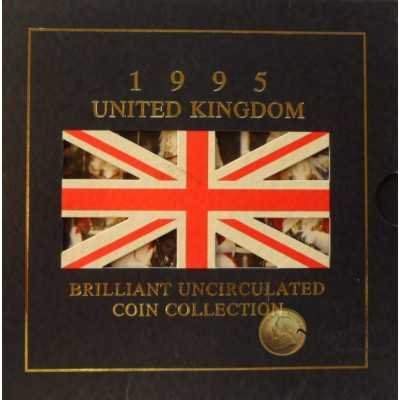 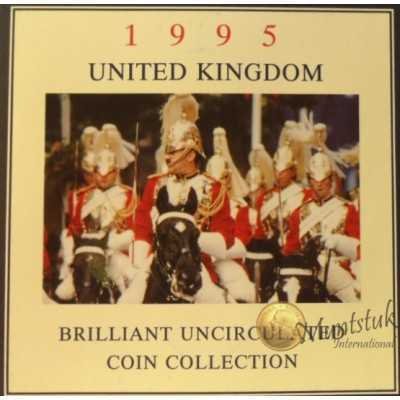 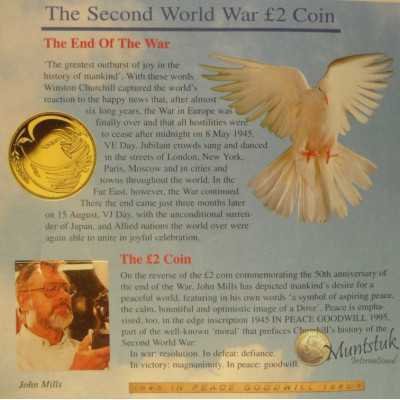 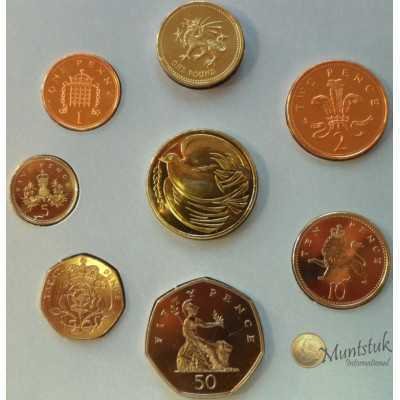 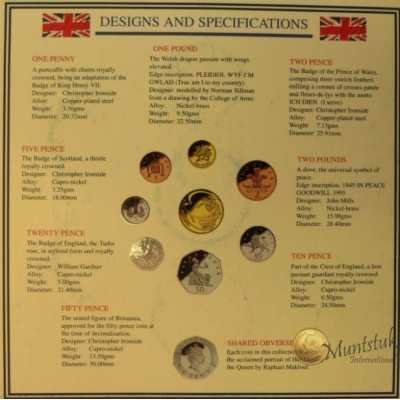 The End of The War

‘The greatest outburst of joy in the history of mankind’. With these words Winston Churchill captured the world’s reaction to the happy news that, after almost sig long years, the War in Europe was finally over and that all hostilities were to cease after midnight on 8th May 1945,
VE Day. Jubilant crowds sang and danced in the streets of London, New York, Paris, Moscow and in cities and town around the world. In the Far East, however the War continued. There the end just three months later on 15 August, VJ Day, with the unconditional surrender of Japan, the Allied nations the world over were again able to unite in joyful celebration.

On the reverse of the 2 pound coin commemorating the 50th anniversary of the end of the War, John Mills has depicted mankind’s desire for a peaceful world, featuring in his own words, ‘a symbol of aspiring peace, the calm, bountiful and optimistic image of a Dove’. Peace is emphasised, too, in
the edge inscription (1945 IN PEACE GOODWILL 1995) part of the well-known ‘moral’ that prefaces Churchill’s history of the Second World War.

In war: resolution. In defeat: defiance

In Victory: magnanimity. In Peace: goodwill

The 1 Pound Coin of
Wales

The earliest mention of the red dragon as a national emblem of Wales appears in Historia Brittonum, written in Wales in the early ninth century. It tells the familiar story of the battle of the red and white dragons that raged beneath the site of Vortigern’s fortress in Snowdonia, the red
dragon at first having the worst of it, but finally overcoming the white. The combat was taken to symbolise the struggle between the Britons and the Saxons and foretold that the Britons, after long years of oppression, would one day drive the Saxons back across the sea.  From that time the red dragon was linked with the great Welsh Princes and it is entirely appropriate that it should eventually have been chosen as the Royal Badge of Wales.

The new 1 Pound coin for Wales is the second in a series representing the four consistuent parts of the United Kingdom(UK). The famous red dragon of Wales, shown passant with wings elevated as it appears on both the badge and flag of Wales, has been modelled by Norman Sillman from a drawing by the College of Arms.  Like it counterparts of 1985 and 1990, the new Welsh 1 pound carries the edge inscription, PLEIDIOL WYF I’M GWLAD, taken form the Welsh national anthem and
meaning ‘true am I to my country’.